UNITED States Class 1 railway CSX has reported that net earnings for the third quarter of this year fell by 14% to $US 736m, from $US 856m in the same period in 2019, due to the continued impact of the Covid-19 pandemic and a $US 5bn share buyback. 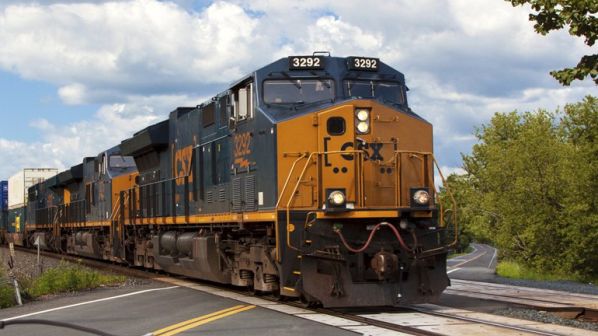 Revenue for the third quarter decreased 11% year-on-year to $US 2.65bn. CSX says intermodal volume growth was more than offset by declines in coal and merchandise volumes as well as lower fuel surcharge revenue.

Operating income declined 11% for the quarter to $US 1.14bn, compared with $US 1.29bn in the same period last year. CSX’s operating ratio of 56.9% remained in line with the prior year’s record results. Expenses for the period also decreased 11% year-on-year to $US 1.51bn, which CSX says was driven by “continued efficiency gains and volume-related reductions.”

During the third quarter, CSX reported a decrease in train velocity of 3%, while dwell times for freight wagons increased 9% relative to the same period in 2019. However, CSX says it remains focused on executing the operating plan to deliver improved reliability, faster transit times and increased asset utilisation while continuing to control costs.

“I am incredibly proud of how CSX’s exceptional team of railroaders continues to deliver against the challenges this year has presented,” says Mr James M Foote, president and CEO of CSX. “Their hard work allowed CSX to efficiently absorb the record rebound in volume while maintaining high levels of customer service.”

The figures represent an improvement compared with CSX's second quarter report, in which the railway reported net earnings of $US 499m, down from $US 870m for the same period in 2019. The railway also reported a fall in revenue of 26% to $US 2.26bn, and a 37% fall in operating income to $US 828m, year-on-year.