DB sleeper trains perform better than expected prior to withdrawal

WHILE German Rail (DB) ceased operation of all classic overnight trains with sleeper and couchette coaches on December 11, internal DB documents retrieved by the Stuttgarter Zeitung newspaper show that the services recorded reduced losses in the last few months prior to their withdrawal. 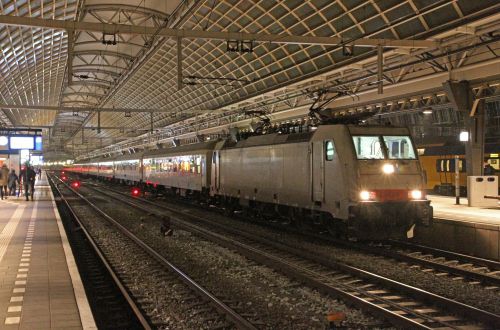 DB cited losses of €31m annually when announcing the withdrawal. However, leaked figures from DB's confidential monthly "Night Train Monitor" dated December 2 showed that by the end of September, financial performance for the year had improved by €5.9m above forecast and losses were much lower at €13.5m on turnover of €69m (losses representing 19% of turnover).

The improvement was partly attributed to the removal of compulsory seat reservations on many routes resulting in higher load factors, and passengers increasingly choosing rail over air.

The domestic Hamburg - Lörrach/Munich motorrail service that will be operated by BTE on an open-access basis between Hamburg and Lörrach during 2017, had by contrast increased its losses by €600,000 to €2.9m.

DB made a series of cutbacks to its sleeper and restaurant car services between 2010 and 2015, which resulted in increasing numbers of business and other higher margin travellers no longer using the overnight services.

DB began running limited overnight Intercity or ICE high-speed trains in December 2016, offering only seated accommodation. On some traditional sleeper routes and links between German cities and Italy and Switzerland, Austrian Federal Railways (ÖBB) has stepped in with its new Nightjet service. However, some routes, including services from Amsterdam and those from Germany to Warsaw, have ceased operation.