Loan will fund acquisition of 90 LRVs and 43 metro trains. 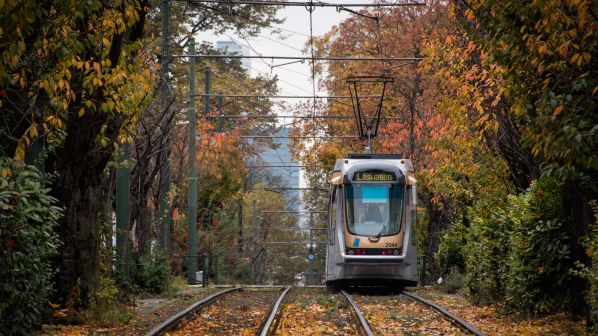 THE European Investment Bank (EIB) has signed its first loan with the Brussels-Capital Region, providing €475m to improve public transport in the Belgian capital by funding new rolling stock and track renewals on the light rail and metro networks.

New rolling stock and infrastructure upgrades form part of the wider strategy being implemented by Brussels public transport operator STIB to achieve by 2030 a 39% reduction in its carbon emissions compared with 2010.

The EIB loan will fund the acquisition of 90 New Generation LRVs that will be 32m or 43m in length, as well as 43 new trains for the Brussels metro network that will be 94m in length.

Funding will also be provided for infrastructure upgrades to accommodate the new fleets, as well as the renewal of 63 single track-km on the light rail and metro networks.

Once implemented, the improved infrastructure and new rolling stock should make services more frequent and reliable, according to EIB. “The ultimate aim is to make public transport more attractive than driving,” it says.

“With this investment, we want to support people in the capital region by making sustainable public transport the easy choice to get to work, school or university, or to travel for leisure,” says EIB vice-president, Mr Kris Peeters.

“As the EU’s climate bank, we are happy and proud to support the region in this push for sustainability.”

“More vehicles means more capacity and frequency,” says STIB CEO, Mr Brieuc de Meeûs. “Modernising the metro and building a new line means guaranteeing regularity and access for as many people as possible to the main axis of our network. These investments are essential for the future of mobility in Brussels.”

The loan to Brussels forms part of a €23.5bn package of new financing for investment in transport, business, health, education, clean energy and climate action that was approved by the EIB board last month.

A total of €6.9bn is being provided for new sustainable transport investment including high-speed rail and improving urban transport.

EIB is also funding new rolling stock for Budapest, Krakow, Munich, Valencia and Warsaw, and construction of the automated Line 15 under the Grand Paris Express programme.

Main line railway networks are to be upgraded in Poland and Slovakia with EIB funding, which is also being provided for the construction of new container terminal in the Spanish port of Cádiz.

For detailed data on urban transport projects around the world, subscribe to IRJ Pro.