THE European Commission (EC) announced on February 6 that it has blocked the merger of Siemens Mobility and Alstom on the grounds that the two companies have failed to address its concerns over the potential impact of the deal on competition in the signalling and high-speed rolling stock markets. 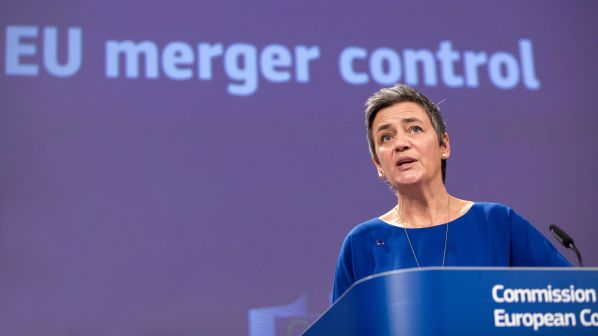 Siemens and Alstom confirmed immediately after the Commission’s announcement that the merger will not go ahead.

The decision to reject the merger follows an in-depth investigation launched in July 2018, which considered more than 800,000 documents. During the investigation, the EC received complaints from customers, competitors, national competition authorities, industry associations and trade unions, many of whom expressed concern over the impact on the signalling and high-speed markets.

Last October the Commission invited the two suppliers to respond to a Statement of Objection outlining its concerns. Siemens and Alstom subsequently put forward remedy packages in a bid to secure EC approval.

However, this failed to quell the fears of negative impacts in certain sectors of the industry and the Commission concludes that the remedies failed to “fully address [its] competition concerns on a lasting basis.”

“The merger would have created the undisputed market leader in some signalling markets and a dominant player in very high-speed trains,” the EC said in a statement on February 6. “It would have significantly reduced competition in both these areas, depriving customers, including train operators and rail infrastructure managers of a choice of suppliers and products.”

In the signalling sector, the EC claims the merged entity would have dominated the supply of ETCS (both onboard and trackside systems) within the European Economic Area (EEA) as well as the market for interlocking systems in several member states. It would also have become the market leader in CBTC.

The two manufacturers offered to divest a “complex mix” of assets in the signalling sector, with some assets wholly or partially transferred and others licensed or copied. The EC says business units and production sites would have been split, with staff transfers in some cases. It also found that the buyer would continue to depend on the merged entity for several license and service agreements. The EC therefore concluded that the signalling remedy did not offer prospective buyers a future-proof business capable of competition effectively with Siemens-Alstom.

In the high-speed rolling stock sector, the EC says the merger would have eliminated one of the largest players, giving the merged entity “very high market shares” both within the EEA and globally, with the exception of China, Japan and Korea. The Commission says Siemens and Alstom failed to offer any substantiated arguments explaining why the transaction would generate merger-specific efficiencies. 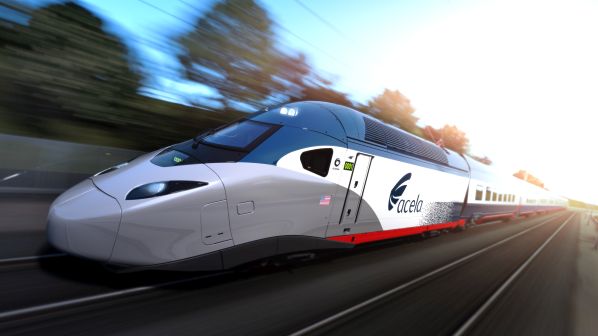 The two companies offered to divest Alstom’s Pendolino or offer a license for Siemens’ next-generation Velaro Novo high-speed train. However, the Commission says the license was “subject to multiple restrictive terms and carve-outs, which essentially would not have given the buyer the ability and incentive to develop a competing very high-speed train in the first place.”

“Siemens and Alstom are both champions in the rail industry,” says competition commissioner, Mrs Margrethe Vestager “Without sufficient remedies, this merger would have resulted in higher prices for the signalling systems that keep passengers safe and for the next generations of very high-speed trains. The Commission prohibited the merger because the companies were not willing to address our serious competition concerns.”

As part of its investigation, the Commission studied the competitive landscape beyond the EEA with a particular focus on possible future competition from Chinese suppliers in international markets.

“Our assessment looked at the likelihood of Chinese companies entering the market, not in the abstract but completely,” Vestager said at a press conference on February 6. “CRRC has more than 90% of activities in China. No Chinese supplier has ever participated in a signalling tender in Europe, or delivered a single very high-speed train outside China. There’s no prospect of Chinese entry into the European market in the foreseeable future.”

“If you look at the part of the global market that is contestable, Siemens and Alstom are very impressive companies. If you look at demands in Europe in terms of security and references [in high-speed rolling stock tenders], this is a much more demanding task than having new tracks and running trains on new tracks. We don’t see the Chinese coming in the very high-speed train market.”

“The Commission tells us that the European market is not open to the Chinese giant. I believe exactly the opposite. I think that in a very short time, we will see CRRC arrive in Europe.”

Le Maire says the French and German governments will now push for reform of EU competition law. “Together with my German counterpart Mr Peter Altmaier, we shall put forward proposals for reforming these rules and creating a more ambitious European industrial policy.”

Alstom said the ruling is a “clear setback for industry in Europe” and argues the transaction would have created substantial value for the global mobility sector, customers, and passengers without harming competition.

“Alstom regrets that the remedies offered, including recent improvements, have been considered insufficient by the Commission,” the company said in a statement. “The remedies were extensive in scope and addressed all the concerns raised by the Commission in respect of signalling or very high-speed trains. In addition, a number of credible and well-established European players expressed strong interest for the remedy package, thereby fully confirming its viability.”

The company says it will now develop a new strategic roadmap including appropriate capital allocation.

Bouygues, which owns a 28% stake in Alstom, said in a statement that it backs the company’s strategy and remains confident about the future of the business.

Siemens says it will “take the time to assess all options for the future of Siemens Mobility and choose the best for its customers, its employees and its shareholders.”

The EC's ruling was welcomed by Bombardier. “We are pleased that the EC, backed by the national competition authorities, has prohibited the proposed merger,” Mr Daniel Desjardins, senior vice president, general counsel and corporate secretary said in a statement. “This decision is based on the law and the facts at hand after a very thorough 16-month investigation.”

More on this topic: Siemens-Alstom merger in doubt as objections mount