Finland has received €58.3m of funding from the European Union (EU), for use on five rail projects. 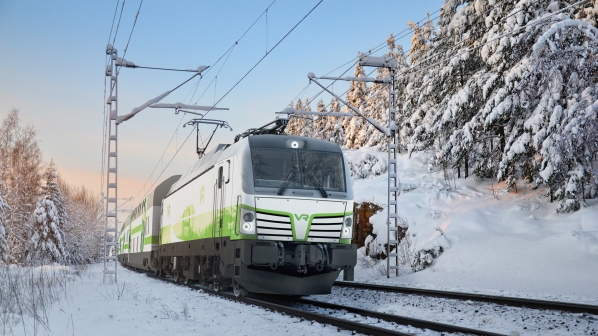 The investment was provided through the EU’s Connecting Europe Facility (CEF), which promotes investment in the Trans-European Network for Transport (Ten-T), and was approved by the European Commission on July 16.

A €37.5m (64%) portion of the total sum was allocated for planning of the so-called Turku hour train project to reduce travel times on the Helsinki - Turku main line, a core section of the Scandinavian - Mediterranean Ten-T corridor. The total planning project is estimated to cost €75m.

The funding will be used to design a new section between Espoo and Salo, which would enable more efficient long distance traffic between Helsinki and Turku, and aid the development of local freight traffic along the corridor. In addition, the investment will be used for the design of track doubling on Salo - Turku section to increase capacity.

An investment of €11m (18.9%) was allocated for the construction design for an urban railway in Espoo. The investment will provide half of the project’s total €22m total design budget, with the remainder being covered by municipal and national governments. The investment will cover the designs of track, bridges and tunnels.

However, no funding was approved for the Suomi railway and Vantaa tram projects which were found to have enough support without the addition of CEF funding.

In addition, a further investment of €12.7m was granted for the development of infrastructure of Ten-T affiliated ports in the Baltic Sea, including the ports of Helsinki and Naantali. Funding was sought to improve efficiency and safety, as well as improve environmental efficiency. The plans also include the installation of shore-side electricity, which core Ten-T ports must be equipped with by the end of 2025.