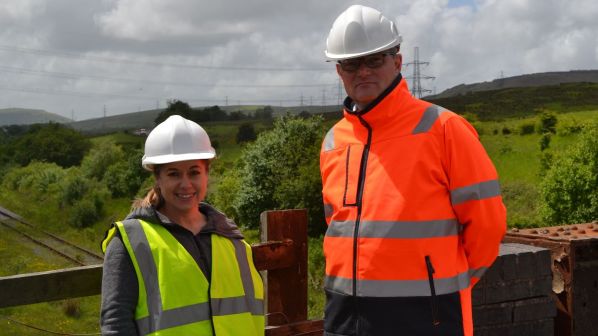 GLOBAL Centre of Rail Excellence (GCRE) has launched a procurement process inviting investors from around the world to take an equity stake in its business and support the next phase of developing a rail innovation and testing centre in South Wales.

With site clearance underway, construction is due to start early next year for the purpose-built facility to be fully operational in 2025, funded with a £50m capital commitment from the Welsh government.

In addition, the British government has made a capital commitment of £20m to GCRE and a further £7.4m is being provided through national research and development agency Innovate UK.

GCRE is currently wholly owned by the Welsh government and is now seeking a strategic investor that would take a majority and controlling shareholding in the company.

A single investor or consortium of investors would fund the innovation centre to its completion, playing “a lead role in the project’s successful and timely implementation, along with further commercialisation of the GCRE opportunity,” according to GCRE.

Further phases of potential investment include development of the wider commercial potential of the 700ha GCRE site to accommodate a new business technology park and hotel.

The cost of building the new test track is £250m, GCRE says, while the total investment for the project is £400m, including initial property development and the traction power supply.

EY is acting as financial adviser and Ashurst as legal adviser to GCRE as it seeks a strategic investor.

GCRE will hold an event in London on December 7 to discuss the opportunity in more detail with potential strategic investors.

“Our plan has always been to work with private-sector partners to seek their investment and, importantly, their knowledge and skills in key areas such as rail and energy to realise the exciting GCRE vision as strategic partners,” says GCRE chief executive, Mr Simon Jones.

“With the launch of a procurement process this week we want to encourage partners from across the world to look at our project and to recognise the strong investment opportunity it represents.”

According to Jones, the GCRE project has already attracted significant interest from across the rail industry.

“Manufacturers and major parts of the rail supply chain see the chance to test and refine their products at a world class site, helping them to become more commercially successful and support the vital industry work needed to get to Net Zero,” he says.

“It’s this interest that helps make GCRE such a strong commercial proposition.”

Separately, GCRE has signed a Memorandum of Understanding (MoU) with the Land Transport Authority (LTA) of Singapore to collaborate and build capabilities for the development of train testing centres in Singapore and Britain.

LTA is currently building its own Integrated Train Testing Centre (ITTC), including a high-speed test track which is due to welcome its first trains next year.

Under the MoU, LTA and GCRE will exchange information and share best practice in areas such as design and engineering, asset management and operational aspects of train testing centres.

Both parties will also arrange secondment and other talent exchange opportunities to participate in project work, as well as technical visits to railway facilities and sites in Britain.

“We will work together in good faith to review, discuss and compare our approach so that we can share technical expertise and research and development knowledge,” Jones says.

“It is collaborations like this that will help us to develop the very best global centre of excellence which will ultimately benefit the industry at large.”