THE Georgian Ministry of Economic and Sustainable Development has today announced its intention to proceed with the sale of up to 25% of Georgian Railway (GR) through an Initial Public Offering (IPO). 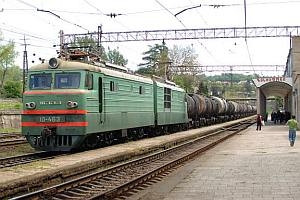 The government intends to make GR shares available in the form of Global Depository Receipts on the London Stock Exchange as early as next month, subject to market conditions.
GR is the monopoly rail operator in Georgia, and last year generated revenues of Lari 477.4m ($US 285.8m) and Ebitda of Lari 259.9m. GR claims its Ebitda margin of 54.4% is one of the highest in the global railway industry.
Geogia is a key transit country on the Caucasus Corridor, the shortest route from the Caspian Sea and Central Asia to the Black Sea and Europe. This is reflected in the status of freight traffic, which last year accounted for 95% of GR revenues.
"We are already one of the few railway companies in the world delivering profitable growth without reliance on government subsidy," says GR CEO Mr Irakli Ezugbaia. "Our IPO will mark another stage in GR's evolution, bringing greater profile and visibility to the value we are creating to support our long-term expansion plans in the region.
The railway is currently implementing a $US 420m modernisation project, due to be completed by 2016, which is intended to increase intermodal operations, raise the proportion of revenue from high-value dry cargo, and expand the network to offer new transit routes, including the new Baku - Tbilisi - Kars railway.
GR operates a network of 1566km, of which 1486km is electrified, and employs around 15,000 staff. It has a fleet of 329 locomotives, 460 passenger coaches, and 12, 970 freight wagons. In addition to its freight activities, GR also carries around three million passengers per year.
Categories: Asia, Financial, News
Tags: Georgia, Georgian_Railway_GR