HITACHI announced on February 24 that it has reached a binding agreement with the board of Finmeccanica to acquire all of the shares in AnsaldoBreda and the Italian conglomerate's 40% stake in Ansaldo STS. 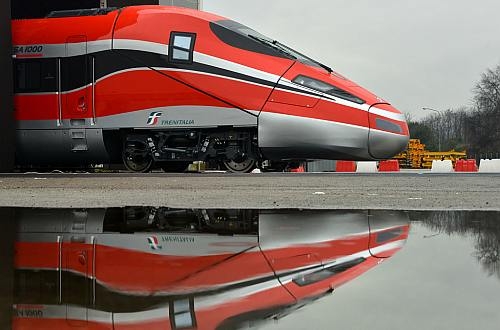 Hitachi will pay €9.65 per share for Ansaldo STS or a total of €773m, although the agreed purchase price is subject to a possible pre-closing downward adjustment. The purchase price for AnsaldoBreda, including real estate assets, is €36m.

Finmeccanica says the deal includes the current business of AnsaldoBreda with the "exclusion of some revamping activities and certain residual contracts," although it has not disclosed which contracts are not included.

Both transactions are still subject to regulatory and antitrust approval, but Hitachi expects to achieve financial close later this year.

Following the close of the acquisitions Hitachi will launch a mandatory tender offer on all remaining shares in Ansaldo STS, in accordance with Italian law.

"The sale of the rail transport business is a key step in the execution of our industrial plan, aimed at focusing and strengthening the group in the core aerospace, defence, and security business," says Finmeccanica CEO Mr Mauro Moretti. "The transactions announced today confirm our commitment to deliver on our economic and financial objectives contributing to significantly reducing net debt. Hitachi has clearly recognised the know-how and expertise which would be contributed by both AnsaldoBreda and Ansaldo STS within the new Group. I am sure both companies will play a key role in the future development of the Hitachi Rail business worldwide."

Finmeccanica says it expects to reduce net debt by €600m as a result of the sale with a net capital gain of €250m.

Hitachi says the acquisition will strengthen its position in signalling and traffic management systems, expand turnkey operations, and add to its product portfolio. "With the addition of these companies we are in an excellent position to transform Hitachi Rail into one of the strongest global players in the sector," says Hitachi Rail global CEO Mr Alistair Dormer. "Today's announcement is a further testament to the long-term vision we have for growth of Hitachi. By combining forces, we significantly strengthen our market position, aspiring to become a leading global total solution provider to the rail sector."

On February 20 the steering committee of Finmeccanica held a two-hour meeting to discuss the sale. According to reports in the Italian financial press China's Insigma group submitted a binding offer to Finmeccanica and this expired at midnight on February 20. However, the CEO of Insigma reportedly sent letters to the board of Finmeccanica together with UBS, and Mediobanca, which were assisting in the transaction, claiming it reserved the right to extend the offer.

Nonetheless, Moretti was said to favour a deal with Hitachi, which has much higher annual turnover than its Chinese competitor, even though by this stage it had not submitted a binding offer.

There were further indications that the deal would go Hitachi's way at a meeting of the steering committee of Ansaldo STS, which was held immediately after the Finmeccanica meeting, when members voted to proceed to the due diligence stage and open the company's books to Hitachi. A binding bid was finally submitted for consideration by the Finmeccanica board on the evening of February 23.