The Temi project is a proposed 144km double-track line with 17 stations that will connect León, Guanajuato, Silao, Irapuato, Salamanca, Villagrán, Cortazar and Celaya. 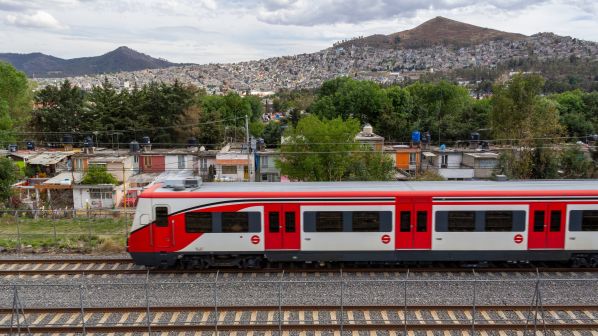 THE Mexican state of Guanajuato has appointed Americas International Capital (AICC), United States, to identify investors and contractors interested in participating in the pre-development stage of a project to construct a new inter-city railway.

AICC’s founding partner, Mr Bruce Brandt, says the group has signed an exclusive agreement with the state of Guanajuato’s Secretary of Economy to bring the project to an investor to finance the pre-development and development stages in exchange for possible participation in a 30-year concession, as lead sponsor or in a minor position.

It is expected that the investor will sign a joint public works contract for the development of the final design, as well as construction, delivery and commissioning of track, rolling stock, equipment, systems and other components.

AICC estimates development stage costs could total between $US 2-2.5m, “inclusive of the studies required to determine the financial feasibility of privately financing the project once again.”

“We will work on behalf of the investor in managing the process throughout the development period, negotiate contracts with those companies looking to participate, and be hands-on with all state of Guanajuato relationships,” he says. “AICC will also arrange for debt and equity arrangement to close the financing.”

Temi traces its roots to the Interurban Fast Train of Guanajuato (Trig), which was about to reach financial close in September 2008 just as the financial crisis hit. Brandt says studies conducted in the development stages of that project between 2006 and 2008 proved that the scheme was financially viable and that major contractors were on board for rolling stock, construction, engineering, procurement and the operations and maintenance contract.

The Covid-19 pandemic has placed Guanajuato and all other states in Mexico in a difficult financial position, restricting their ability to execute large, high-impact investment projects such as Temi which was put on hold. But with financial conditions improving it is being revived, although under a revised financial structure which relies entirely on private finance.

Brandt says AICC has been involved in developing, structuring and arranging debt and equity financing for the project for many years, working throughout the development phase with the state, the concessionaire, companies providing market studies, law firms, contractors, lenders and equity sponsors. It also arranged both debt and equity commitments totalling $US 1.4bn.

“On behalf of the state, AICC has agreed to take on this opportunity due to its history with the project and with the full understanding of the ongoing financial challenges,” Brandt says. “Temi will be 100% privately financed. Our previous work has included obtaining an investment grade rating from one of the major ratings agencies for the previously privately financed project.”

Brandt adds that the demographics supporting the project are “significantly stronger today” than in 2007-2008. He points to population growth, increases in the number of industrial parks throughout the Bajío region of central Mexico, and considerable growth of the number of foreign and domestic companies that have been established in the region.

Temi will be located along Guanajuato’s Bajío industrial corridor. Guanajuato is the sixth most populous state with 6.1 million inhabitants and a labour force of 2.68 million. León, the biggest city in Guanajuato and fifth largest in Mexico, has a population of almost 1.8 million, or 28.5% of the state total. The remaining 71.5% is spread throughout the industrial corridor paralleling highway 45, which is where the Temi will run.

“Since 2007-2008, Guanajuato state has attracted 531 companies representing an investment of more than $US 21.5bn and includes more than 183,000 direct jobs,” Brandt says. “Also, 36 industrial parks have been established employing thousands of workers.”

The most recent ridership study showed an average journey length of approximately 40km. “The real estate development rights in and around stations will also provide a significant source of revenue,” Brandt says. “Temi will be an economic engine that ignites significant further growth in new companies looking to come to Mexico and most especially the Bajío corridor. The state of Guanajuato is one of the most business friendly in the country, and the addition of the Temi project can only significantly enhance its ongoing success.”