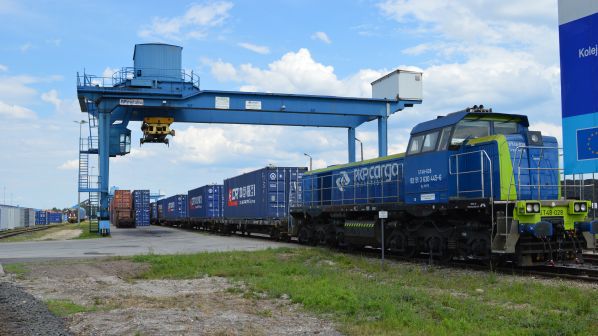 PKP Cargo's 2020 financial performance was severely impacted by the the Covid crisis.

Germany: Knorr-Bremse’s Rail Vehicle Systems (RVS) division reported a reduced order intake for 2020 of €3.5bn, falling 13.2% compared with €4bn in 2019, due to the Covid-19 pandemic. However, the company also reported an increased order backlog of €3.7bn at the end of the year, compared with €3.6bn in 2019, primarily due to a positive order situation in the second half of the year.

For more on Knorr-Bremse's performance in 2020, see the January issue of IRJ p46, or click here.

Britain: HS2 Ltd has seen off a legal challenge from unsuccessful bidder Bechtel over the procurement process for the £1.3bn construction partner contract to build HS2’s Old Oak Common station, following a High Court judgement which dismissed all claims.

Bechtel had sought up to £100m in damages, claiming that HS2 Ltd had accepted an “abnormally low bid” when it awarded the contract to the BBVS joint venture. However, no damages will now be awarded. BBVS, a joint venture of Balfour Beatty, Vinci and Systra, was announced as the winner of the contract in September 2019.

Poland: PKP Cargo has reported a net loss of Zlotys 224.3m ($US 58.5m) for 2020, primarily due to the economic effects of the Covid pandemic. The rail freight operator reported revenues of Zlotys 4bn for the year with the negative economic impact was felt particularly hard in the first half of the year, with conditions improving during the second half.

The company reports that it transported approximately 93.6 million tonnes of freight during the year. PKP Cargo logistics subsidiary PKP Cargo Connect also reported that it has transported over 3000 containers of wood as part of its Europe - China supply chain. PKP Cargo says it will publish its full financial results for the year on March 31.

Brazil: The Brazilian government has published a decree in its official journal approving a planned 30-year extension to a concession contract to operate the 7223km metre-gauge Malha Sul network, currently held by Rumo Malha Sul. The measure is a key step for the planned extension, which will be assessed in a final public hearing in the third quarter of this year. If approved, the extension will also outline new mandatory investments in security and capacity increases on the line.

Indonesia: Indonesian Railways (PT KAI) has signed a broad-spectrum memorandum of understanding (MoU) with Italian State Railways (FS) to support PT KAI with personnel training and coaching programmes, and the development, design and implementation of new technologies and technical solutions. The MoU follows a previous one-year agreement signed in 2019, which resulted in the provision of two railway training courses on asset management attended by 52 Indonesian managers.

Norway: Infrastructure manager Bane Nor has reported that its NKr 1.2bn ($US 139.7m) green bond loan was fully subscribed following a virtual presentation on February 10. Bane Nor credits the success to a low loan-to-value ratio and the company’s state ownership, as well as growing demand for green investments. The loan will be used to finance green infrastructure projects, such as the construction of a new workshop at Støren and an office building at Voss station.

Germany: Vossloh has issued hybrid bonds worth €150m, which it says are already significantly over-subscribed. Due to the high demand, the interest rate for the next five years was fixed at 4% at the lower end of the marketing range. Vossloh says that the bonds will offer greater financial strength and flexibility to support its expansion plans. Proceeds from the bond will initially be used to refinance promissory notes due for repayment in July and for the partial repayment of syndicated loans.

New Zealand: KiwiRail has reported a $NZ 28.6m operating surplus for first half of the 2020-2021 fiscal year (July 1 - December 31), $NZ 1.7m ($US 20.4m) ahead of the same period in 2019, despite running 8% fewer trains for the period. KiwiRail says that this positive result comes despite reduced revenue from freight and tourist services due to increased border restrictions implemented in response to the Covid-19 pandemic. The company credits new cost efficiencies and the negotiation of more favourable commercial contracts for the favourable result.

Germany: German Rail (DB) has announced that it plans to hire around 5000 trainees and dual students in 2021, compared with 4700 in 2020. The plans mark the sixth consecutive year of increased apprenticeship numbers. Since 2016, over 19,000 junior employees have been hired by DB.