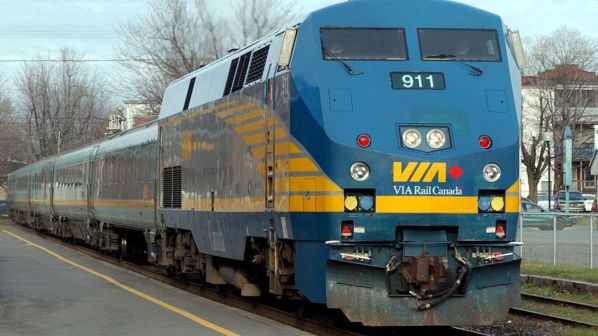 Service disruptions and the coronavirus pandemic wreaked havoc on Via Rail's traffic and revenue in 2020.

This compares with $C 113m for the same period in 2019, reflecting an 82% decrease in ridership year-on-year due to the coronavirus pandemic, resulting in an overall net loss of $C 8.9m.

However, the operator also reported a 27.5% reduction in total operating expenses during the first three quarters of this year to $C 148.9m, due to a range of measures to reduce the pandemic’s financial impact. This includes temporary staff layoffs and a reduction of non-essential services. The figure compares with $C 205.4m for the same period in 2019.

Poland: Warsaw Metro has been awarded a Zlotys 392.5m ($US 106.56m) loan by co-financiers ING, Netherlands, and the European Bank for Reconstruction and Development (EBRD) for the acquisition of up to 45 new trains. The trains will be used to operate services on lines 1 and 2, and will replace some of the operator’s older rolling stock.

Brazil: The Federal Audit Court (TCU) has authorised the publication of a tender for the construction of the 535km West-East Integration Railway (Fiol) in Bahia, which runs between the cities of Caetité and Ilhéus. The contract includes the construction of the line, as well as the provision of signalling and communication systems, and rolling stock.

Kazakhstan: Kazakhstan Railways has signed an agreement with Dostyk Transportation & Logistics to cooperate on the construction of a new freight terminal at Dostyk station on the Chinese border. The terminal is planned to open in 2022 and will increase the station’s capacity to handle over one million tonnes of freight, or up to 100,000 containers per year.

Spain: The regional government of Madrid has allocated €5m to support maintenance work on metro lines 2 and 3, as part of a €35m four-year network maintenance programme. The work will include the preservation of tunnels and other structures, as well as the cleaning and maintenance of ventilation shafts and water pumping shafts.

France: Paris transport operator Île-de-France Mobility has successfully launched a €500m, 15-year bond issue, with a yield of 0.236% corresponding to a 30 basis points margin above the interpolated OAT. The bonds will be used to fund its 2020-2025 €15.1bn investment programme.

Hungary: State-owned operator MÁV-Start and Rail Cargo Hungary have agreed to extend their strategic cooperation agreement for the use of traction services until the end of 2024. The agreement covers the details of cooperation on the operation of locomotives as well as the provision of drivers and the optimisation of operations.

Germany: German Rail (DB) freight subsidiary DB Cargo has signed a 10-year contract with steel manufacturer ArcelorMittal to transport raw materials to the manufacturer’s Eisenhüttenstadt blast furnace facility between 2021 and 2031. To carry out the operation, DB Cargo will procure 352 multifunctional double-unit wagons and 1408 containers for the transport of ore, coke, and limestone by next summer.

Spain: Talgo has reported a net turnover of €339.4m for the first three quarters of the year, up 23.2% compared with the same period in 2019. The manufacturer reported increased output during the third quarter following a slump due to the Covid-19 pandemic. However, the company also reported an adjusted Ebitda of €22.6m for the period, compared with €52.2m in 2019. Talgo reported a strong order backlog of €3.6bn, of which €1.1bn corresponds to manufacturing projects. The manufacturer also has credit lines of up to €150m.

France: Paris Transport Authority (RATP) has acquired map app Mappy as part of plans to enhance its Mobility-as-a-Service (MaaS) services. RATP says that it plans to offer new features from next year, including the ability to purchase tickets through the app.