Finland: National operator VR has reported an operating loss of €19.5m for the first half of 2020, compared with an operating profit of €54.7m for the same period in 2019. 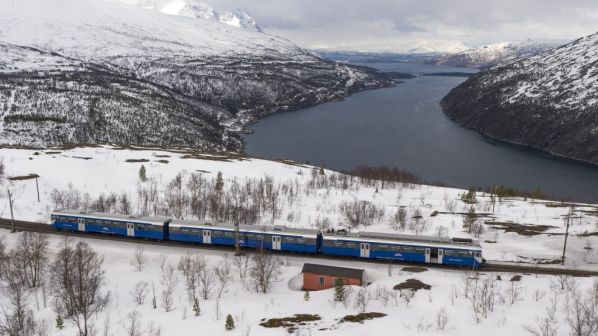 VR reported a fall in net sales of 18.7% to €397.1m between January and June, compared with €488.5m for the same period in 2019 when omitting the effects of the sale of VR Track. VR reported a 41.1% decline in passenger numbers following the coronavirus pandemic, while freight volumes over the period fell by 1.7%.

Norway: The Flåm Railway has acquired a 33.5% share of Arctic Train Holding, which runs tourist trains on the Ofoten line between Narvik, Norway, and Riksgränsen, on the Norway-Sweden border. The deal includes an option to expand Flåm Railway's share in the company to 51% in future. The acquisition will enable a collaboration between the two operators to provide comprehensive offerings covering both the Flåm and Ofoten lines. The collaboration is expected to start immediately, with two Flåm representatives joining the board of Arctic Train.

Poland: PKP Cargo has reported revenues of Zlotys 1.96bn ($US 518.3m) for the first half of the year. In addition, it achieved an Ebitda of Zlotys 206.7m and a negative Ebit of Zlotys 182m. PKP Cargo transported 43.9 million tonnes of freight during the period, for a total of 11.1 billion tonne-km. PKP Cargo states that it was impacted by a fall in demand due to the coronavirus pandemic, as well as gradual long-term decline in domestic coal production, which has declined by 14.1% year on year.

However, PKP Cargo says that despite the impact of the pandemic, performance is expected to improve throughout the remainder of the year due to increases in revenue and earnings in the second quarter compared with the first. In addition, the operator has observed an upward trend in demand for its intermodal freight services since May.

Germany: German Rail (DB) has launched a scheme offering low prices for passengers under 26 years old on its Intercity and Intercity Express (ICE) services. The ‘Super Sparpreis Young’ tickets are applicable for second-class travel on selected domestic long-distance routes, and are available for €12.90, with further discounts applied for My BahnCard holders. The tickets are available until November 1, and are valid for trips up to April 1 2021.

Serbia: Japan International Cooperation Agency (Jica) has signed a Record of Discussions with the Serbian government regarding the Belgrade public transport modernisation technical cooperation project. As part of the project, Jica will provide training and expertise in the operation and management of public transport.

The project is intended to improve operational efficiency of light rail, trolleybus and bus services in the city, reduce financial burdens on the public transport sector and update facilities to meet higher environmental standards in line with the United Nations’ Sustainable Development Goals.