THE Japanese government is seeking to raise up to Yen 392bn ($US 3.8bn) from the forthcoming privatisation of Kyushu Railway Company (JR Kyushu), according to a statement issued by the Ministry of Finance on September 15. 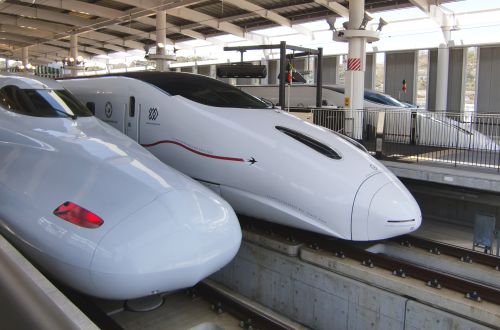 JR Kyushu has been given the go-ahead to list on the Tokyo Stock Exchange on October 25 and the Fukuoka Stock Exchange the following day. Japan Railway Construction, Transport and Technology Agency, which owns JR Kyushu, will sell all 160 million of the company’s shares at an indicative price of Yen 2450 each.

A final price for the IPO - the largest in Japan this year - will be announced on October 17 after potential demand from investors has been determined.

In the current financial year, which ends on March 31, net income is forecast to reach Yen 38.2bn with sales projected to increase 0.2% to Yen 379bn. JR Kyushu made a net loss of Yen 433bn in the 2015 financial year due to a one-off Yen 479bn depreciation in the value of its railway assets.

Around 60% of JR Kyushu’s revenues and all of its profits come from non-rail activities including property development, hotels, and restaurants. The company has capital of Yen 16bn and employs around 9300 staff.

JR Kyushu operates 22 routes serving 566 stations and carries around 315 million passengers per year. In addition to the 1984km 1067mm-gauge network, JR Kyushu operates services on the 138km standard-gauge Kyushu Shinkansen line from Kagoshima to Hakata, many of which continue over the Sanyo Shinkansen to Shin-Osaka.