Operator’s revenue and profits increase as the Covid-19 situation eased throughout. CEO Marie-Ange Debon offers her impressions of the result and public transport’s recovery from the pandemic in an interview with IRJ. 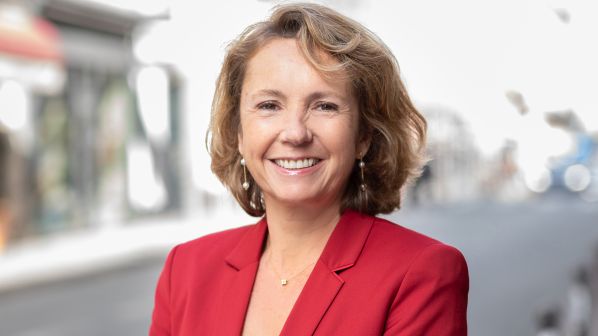 Keolis CEO, Marie-Ange Debon, expects passenger ridership to recover to 2019 levels by the end of 2022.

KEOLIS has reported sharp improvements in revenue and Ebitda in its 2021 financial results published on March 9.

The French National Railways (SNCF) subsidiary reported Ebitda of €690m, a 29.7% increase compared with €532m reported in 2020, despite the continuing impact of the Covid-19 pandemic on operations in several countries. Recurring net profit was €20m, a major improvement over 2020 when the company reported a loss of €101m and the €72m loss reported in 2019.

Keolis reported revenues of €6.3bn across the course of the year, a 10.3% increase excluding changes in scope from the Wales & Border contract, which Keolis gave up in October 2020 after the Welsh government took the service into public control. Revenues are 3.7% up when this adjustment is taken into account.

Financial debt was unchanged from 2020 at €1.03bn and less than the end of 2019, pre-pandemic. Keolis CEO, Ms Marie-Ange Debon, told IRJ that it has been a priority to “master the debt” during the crisis given expected expenditure on the energy transition, in particular the shift of bus fleets away from diesel to alternative fuels, an area where she says Keolis is working to become a leader in the public transport field.

Overall, Debon described the year overall as one of “consolidation.”

“At the beginning of the year it was not a given that we would be back at this level of result,” Debon says. “This is thanks to the work done by our teams and also support we have received in some countries that have supported public transport. Ridership has also recovered to a reasonable level compared with 2019. So we are reasonably pleased with the results.”

During a press conference to announce the results, Keolis showed that ridership in France had recovered to 85-93% of pre-Covid levels. However, the situation varies between countries. In the United States public transport ridership is 40% of pre-Covid, although Debon says this is improving week by week. In Britain, which is slightly behind other European countries, it is around 60-65%, but is also improving. Only China is reporting ridership that is now at the same level as 2019 with an overall range of 50-85%.

“We forecast to be back at 2019 levels by the end of the year,” Debon says. “Maybe not in all countries, but that is the target.”

Debon adds that the crisis has accelerated several trends in public transport, including the adoption of contactless ticketing, improved passenger information as well as a greater consideration for sanitisation of public spaces. She also downplayed the significance that a new work from home culture may have on public transport’s continuing recovery.

“Work from home only concerns 25% of jobs, mainly administrative and corporate roles,” Debon says. “After a long period of lockdown, people have enjoyed working at home but a lot of people also want to be back in the office for personal interaction. It is reducing ridership at peak hours, but not a massive change. This also offers improved comfort for people on the metro, buses or trams because less people at peak hours means the quality of service improves. If peak ridership is less in the peak and people spread their use throughout the day and the week, that’s good for public transport, and that is clearly a trend.”

Keolis announced that it would sell its Eurobahn subsidiary, which operated four loss-making contracts in Germany’s Ruhr region, in October. The deal to dispose of the contracts to Team Treuhand, part of the Noerr Group and a new operator in the German market, was finalised in December.

Debon says Keolis’ problems resulted from staffing shortages, particularly drivers, and the disruption caused by infrastructure works to rail operation, situations that had changed markedly since it bid for the contracts. “Perhaps we did not anticipate at the time of the bid the potential impact of the penalties enforced against us if we were not on time, even if we were not responsible for the delay,” she says.

Debon added that numerous conversations took place with the client to try to rectify the situation. But with this proving difficult to achieve in 2021, the decision was taken to exit the German market entirely.

“It was done with a positive spirit and mindset with the client and we have recapitalised the entity to unload the operation,” Debon says. “We had two contracts that would terminate in 2032, so long-term contracts, and we were not in a position to significantly improve the profitability with the additional potential risk. We spent a lot of time during the year in negotiations to find a good compromise with the public authority and the potential buyer, and we were able to find an alignment.”

Debon adds that Keolis’ problems have been replicated by others in the market, most notably Abellio. The result of the disposal on 2021 results was minimal but the disposal is expected to offer an improvement in profitability in 2022. As for whether Keolis will seek to re-enter the German market in the near future, Debon says that while Keolis’ activities were limited to one region, it will not consider opportunities in other German states in the current climate, choosing to focus its expansion activities elsewhere.

The United States, Australia and Sweden are cited as the main targets. The British market is also of interest, particularly in light of the announced restructuring of passenger rail operation contracts under the revised structure for the railway. Denmark is another promising market.

In Australia, Debon is encouraged by growing privatisation. In Sweden, she picks out the upcoming tender for the Stockholm metro as a big target for 2022. “We expect the call for tender in the first half of 2022 and to answer this next year,” she says.

Overall, looking at 2022, Debon is optimistic that public transport’s recovery will continue. Digitalisation is improving the efficiency of operation and the attractiveness of services for passengers, while the transition to alternative and green traction, especially in the bus market, is reinforcing public transport’s environmental credentials. However, she told the press conference that the unfolding situation in Ukraine and the wider geopolitical climate is a reason for caution as the year unfolds.

“Beyond the figures, the fact that the market is moving in the right direction is really a positive trend,” Debon says. “Digital and environment are really the two acceleration trends that we can see at the moment.”