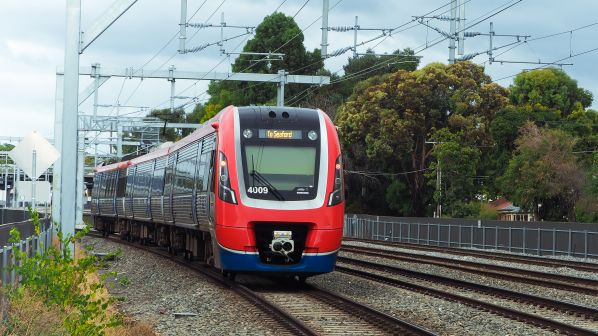 KEOLIS CEO, Ms Marie-Ange Debon, says the recovery of public transport in Asia and Australia, where Covid-19 restrictions are not currently as tight as they are in Europe, is an encouraging sign for the wider return of passengers following mass vaccination and the end of the Covid-19 pandemic.

“Commuting will restart in a fast way in all the countries where vaccination is in place,” says Debon, who was speaking during a press conference to announce the operator’s 2020 financial results.

“If you look at what is happening in countries where the health crisis risk has dwindled - Australia, China - we are very close to 90% of use. There was an upsurge in use of public transport last summer in France, so we remain optimistic about the upturn in public transport.”

Debon said that in addition to commuters, tourism-related journeys and those connected with airport activities will not return to their 2019 levels in 2021. However, she is optimistic about future profitability given the savings the company has made to reduce the impact of sharp declines in patronage witnessed during 2020.

“We have been quite active in the alignment of our costs in comparison with our revenues,” she says.

85% of Keolis of revenue comes from public transport services and the company says the pandemic impacted its performance by €189m. However, cost-cutting measures such as furloughing schemes, reducing the use of temporary workers and overtime as well as lower energy and fuel costs, tax bills and not paying a dividend to shareholders helped to limit the impact on overall performance.

As a result of these measures, Keolis managed to maintain its debt at €1.034bn, which is slightly lower than in 2019. However, while it possesses free cash flow of €96m, which the company describes as “comfortable,” it is set to be more selective in future capital investments and has mothballed planned acquisitions worth €35m.

Among the highlights of the year was the award of an eight-year contract to
Keolis’ joint venture with Australia’s Downer Rail to operate commuter services in Adelaide - Keolis’s first Australian commuter rail contract - which began in February.

Keolis International CEO, Mr Bernard Tabary, says it remains the company’s collective goal to transform public transport from “a curse” into “a choice” and he says the relaxation of rules and vaccination is already showing signs of people returning to trains and buses.

Tabary added that remote working may help to even out the morning and evening peak post pandemic, easing the strain on operators and networks.

As for the perceived negative image of public transport in some countries during the pandemic, Debon was keen to reinforce the point that less than 1% of all Covid infections can be traced to public transport. She said the company will soon restart a campaign to present the “right” messages to passengers.

“Some authorities did not react as they should and presented some messages that could create some uncertainty,” Debon says. “We have worked on that and we have put in place an action plan for decontamination. And based on the plan we have in many countries, we feel that passengers are safe when using public transport.”