NEW Zealand’s national railway KiwiRail has announced an operating surplus of $NZ 49m ($US 32.6m) for the 2017-18 financial year, despite a $NZ 45m impact from the Kaikoura earthquake, which struck in November 2016 and closed the Main North Line between Christchurch and Picton. 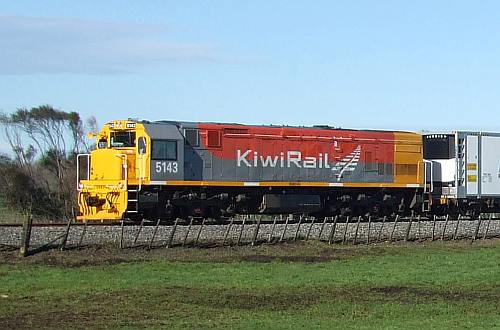 KiwiRail achieved an underlying operating surplus of $NZ 94m, which excludes earthquake impacts of $NZ 45m and is 2% above the previous year. The recorded surplus of $NZ 49m is within its $NZ 30m - $NZ 50m earnings before interest, tax, depreciation and amortization (Ebitda) commitment to the government.

Revenue from KiwiRail’s passenger rail and ferry services increased by 22%, with freight volumes in forestry, coal and milk increasing and 91% of freight services arriving on-time.

“These gains are despite the on-going challenge of the Main North Line still closed for daytime freight services while the recovery work from the 2016 Kaikoura earthquake continues,” says acting chair, Mr Brian Corban. “The rebuild work has contributed to an impairment charge of $NZ 249m as an accounting requirement means that capital expenditure is written off each year, valuing assets considerably below replacement cost.”

KiwiRail announced on August 1 that passenger services would resume on the line on December 1, in time for the summer tourist season.

KiwiRail achieved $NZ 7m of productivity initiatives and invested $NZ 9m more in capital expenditure than the previous year, primarily in rolling stock replacement to renew its ageing locomotives and wagons. It also focused on fuel efficiency, with locomotives reducing fuel burn by 6% since 2016.