NEW York's Metropolitan Transportation Authority (MTA) has announced a 20-year plan worth $US 105.9bn to improve its public transport infrastructure and assets. 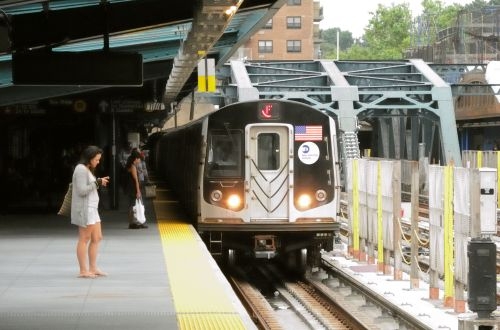 Among the highlights of a report is an $US 8.9bn investment in Metro-North infrastructure as well as developing a new intermodal hub in the southeast of New York City. An MTA spokesperson described the projects included in the report as requiring "fleshing out" but that many of the schemes would be included in MTA's next five year capital improvement plan which will be unveiled next spring.

Other schemes outlined in the report include spending $US 2bn on the continuing replacement of ageing trains, $US 611m on improvements at Grand Central Terminal, and $US 982m for work at other stations. The report also calls for investment in improved communications, signalling and electrification systems as well as depot refurbishments.

MTA has spent a comparable amount during the past 20 years playing a regional game of maintenance catch-up, as well as carrying out some modest system expansion. But much remains to be done according to an October 1 letter from MTA chairman and CEO Mr Thomas Prendergast. The one-page letter coincided with MTA's 120-page report assessing system needs.

Prendergast says the operator will require "thousands of railcars and buses, thousands of miles of track, signals, and rail and roadway structures, hundreds of passenger stations, scores of maintenance and support facilities, and hundreds of pieces of specialised equipment, like pumps, ventilation systems, power substations."

In a nod to the damage caused in October 2012 by Superstorm Sandy, and the potential threat of climate change, the MTA report says the agency has established programs in the 2010-2014 Capital Plan to repair assets damaged by the storm and to improve the system's resilience to withstand similar storms or other disasters and resume service.

As a result, it says that recovery and resiliency work are not included in the assessment. However, the storm highlighted the vulnerability of public transport infrastructure to such events, and its agencies are incorporating lessons learned into project design guidelines and standards, project delivery processes, and prioritisation and sequencing of work.