The contracts were previously operated by Abellio. 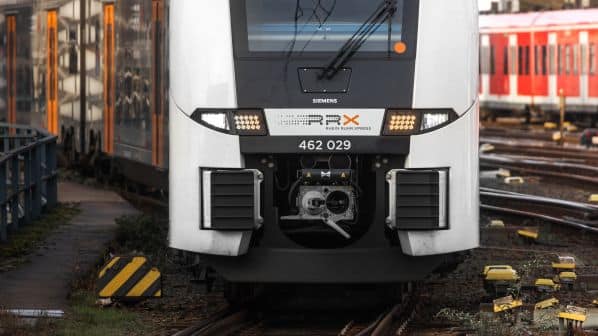 NATIONAL Express has been awarded a 10-year contract extension for the contracts it holds to run Rhine-Ruhr Express (RRX) routes RE1 and RE11 in the Ruhr region of northwest Germany.

National Express began operating the routes under a short-term emergency contract following the removal of previous operator Abellio by VRR in January 2022. Abellio subsequently sought insolvency protection and exited most of its German rail operating contracts.

The decision to award National Express a contract extension for routes RE1 (Aachen - Hamm) and RE11 (Düsseldorf - Paderborn/Kassel) means that all the RRX branded routes will be operated by the company until 2033 as it already held contracts for the rest of the RRX network.

National Express had indicated it was not seeking additional German concession contracts although it is likely the terms on offer for the new RE1/RE11 contract reflect current cost inflation and are therefore more financially attractive than the older RRX contracts the company holds, which began operation in 2019 but were awarded in 2015.

The RRX services are all operated by a fleet of Siemens Desiro HC EMUs owned by VRR and its partners which lease them to National Express. Siemens maintains the fleet at a purpose-built depot in Dortmund under a long-term contract.