IRELAND's transport minister Mr Leo Varadkar has warned that the government will not allocate any additional funds to bail out struggling Irish Rail (IE), despite describing the company's financial situation as "very serious." 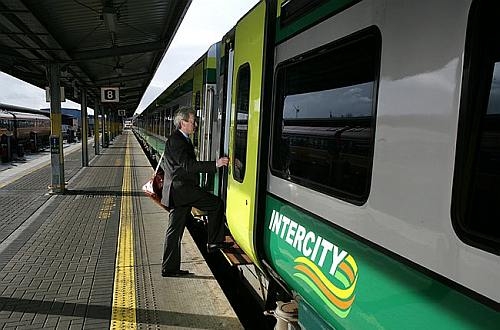 In 2012 the government allocated an additional €36m to IE in a bid to revive the company's finances and streamline its operations. IE has implemented a range of cost-cutting measures, and last September it launched a programme aimed at reducing fuel and maintenance costs by €3.2m a year, primarily through running shorter off-peak trains.

IE is now negotiating with staff in a bid to find further annual savings of €4.6m, but the workforce has rejected proposals for a 1.7% pay cut.

"The government can't do any more than it did two years ago, which it did on the understanding that things would change," Varadkar says. "Since then it hasn't been possible to get the cost savings that are needed, so I have no more money for IE."

Varadkar expressed concern that IE could face insolvency as soon as next year if it is unable to find the necessary short-term savings from lower staff costs. "I don't want to contemplate the alternative, which is redundancies and line closures," he said.