NETHERLANDS Railways (NS) says it is seeking to improve its financial performance this year after returning to profit in 2014. 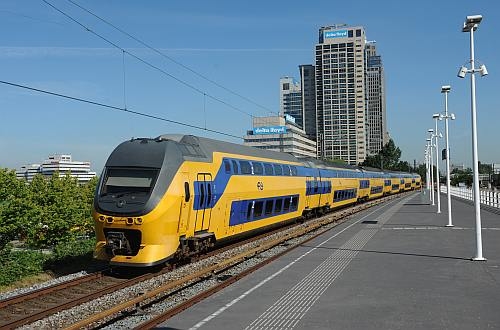 According to NS' annual results, which were published on February 12, passenger traffic increased 1% last year to 17.2 billion passenger-km. Revenues rose 6% to €4.14bn with profits after tax of €180m. This compares with a loss of €43m in 2013, which was incurred through the premature withdrawal of the fleet of V250 Fyra high-speed trains.

However, the positive result for 2014 is largely based on incidental factors. NS operates the so-called core network passenger services under a concession granted by the minister of infrastructure. Under the 2005-2015 concession, this was measured using a system of key performance indicators (KPIs), and NS was fined a total of €5.5m last year for failing to meet four of the 13 KPIs.

NS says it hopes to build on its performance last year and it is seeking to reduce costs and increase efforts to boost ridership. "Light passenger growth, relatively favorable weather conditions and various small improvements for passengers made 2014 a good year, but one swallow does not make a summer," says NS CEO Mr Timo Huges.

However, costs will increase due to the procurement of new rolling stock needed to meet the performance criteria in the new 2015-2025 core network concession and an increase in track access charges.

NS will also need to invest in modifications to existing rolling stock due to the integration of services on HSL South into the core network concession.

A full review of the new core network concession, and what it means for NS, will appear in the March issue of IRJ.