THE Polish government has taken control of financially-troubled train builder Pesa with all of the company’s shares being acquired by the Polish Development Fund (PFR). 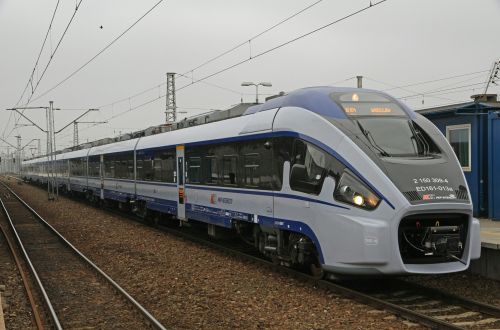 Pesa has been in financial difficulties for some time due to a lack of major new train orders. Its main domestic rival Newag has beaten Pesa in recent tenders to supply electric locomotives to PKP IC, while a major order to supply trams to Moscow has been scaled back amid political tensions with Russia. In addition, a large contract to supply Link DMUs to German Rail (DB) has caused cash flow problems for Pesa because of a failure to get the get the trains certified for operation in Germany, which means Pesa has yet to be paid.

In November 2017, a consortium of six banks agreed a lend Pesa Zlotys 200m ($US 54.2m) on condition that the company found a strategic investor able to repay the loan. The loan was needed to finance an order for ElfII EMUs and trams for Polish operators. Although several international rolling stock manufacturers are believed to have expressed an interest in acquiring Pesa, none of them agreed to do so.