STOCKHOLM-based investment company Ratos announced on October 25 that it has sold its 100% stake in Swedish rolling stock maintenance specialist Euromaint to private equity fund SSVP, in a deal worth SKr 650m ($US 73m). 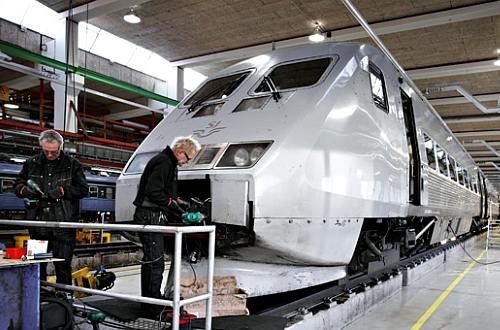 Euromaint was formed in 2001 with the break-up of Swedish State Railways (SJ) and the company was acquired by Ratos in 2007. Euromaint subsequently sold its German subsidiary to Iberia Capital Group, Luxembourg, last December as it sought to focus on its Swedish activities.

With annual sales of more than SKr 1.6bn, Euromaint employs around 1050 staff at various locations across Sweden. SJ renewed its maintenance contract with Euromaint in 2015 and the company also services rolling stock for regional operator Tågkompaniet, Arlanda Express, and Stockholm Local Transport (SL).

Ratos says it expects to complete the transaction before the end of the year.