ACCORDING to studies undertaken by Roland Berger for the Rail Working Group, a Swiss organisation committed to adopting the Luxembourg Protocol, private finance in European rolling stock procurement has increased from 12% in 2011-2013 to 20% in in 2013-2015, while the proportion of projects involving private finance has jumped from 18% to 35%. 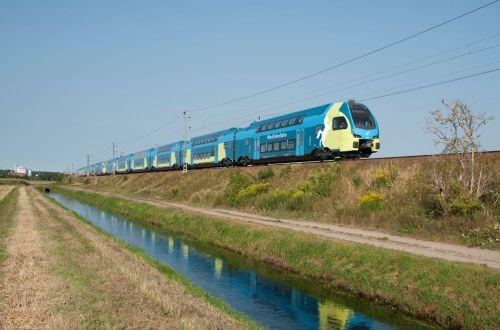 Furthermore, the increase occurred at a time when the total investment in rolling stock fell from €13.3bn in 2011-2013 to €12.1bn in 2013-2015. The study also shows that private finance in the latter period increased by more than €750m and made up for some of the shortfall in public funding.

“It remains clear that there is a direct correlation between market liberalisation and private capital,” says the Rail Working Group. “With the adoption of the Fourth Railway Package encouraging a more liberalised rail sector, private finance will clearly be essential for its success and there is an urgent need to create the conditions to secure existing private credit and attract more private finance of rolling stock at affordable rates. A new global treaty, the Luxembourg Rail Protocol, will make this happen.”

In its latest study, Roland Berger examined 440 rolling stock procurement projects in 22 countries in Europe between 2013 and 2015, accounting for an average annual investment of €12.1bn. Of this €9.7bn. was directly or indirectly financed by the public sector, while €2.4bn was privately funded.

The study shows a marked difference between western and eastern Europe, with private finance accounting for 22% of total investment in train procurement in western Europe compared with just 11% in eastern Europe.

“The study highlights an emerging but clear trend of more private sector finance of rolling stock procurement, as states withdraw from their traditional role as financier,” says Mr Andreas Schwilling, a Roland Berger partner and one of the report’s authors. “But the indications are that the private sector will need to increase its engagement further to counterbalance the shortfall of state funding, if the European rail sector is to expand as policy makers envisage.”

“With the increased private sector participation in rail equipment financing, European adoption of the Luxembourg Protocol, giving a new layer of security to creditors, will be critical to attract such financing in sufficient quantities and at attractive rates, especially as interest rates begin to rise, banks are forced to allocate more capital against their loan books and the rail market becomes more open and competitive,” says Mr Howard Rosen, chairman of the Rail Working Group.