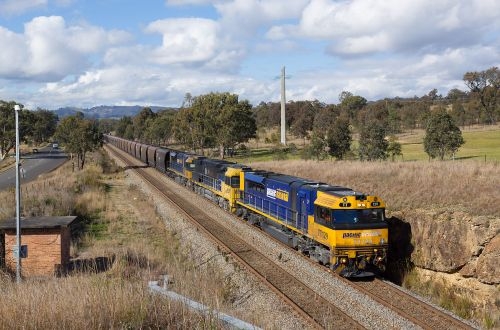 Brookfield made a $A 9.22 per share bid on November 8, which was endorsed by Asciano. However, the following day Qube made a counter offer of $A 9.25 per share.

Qube's bid follows the purchase of a 19.99% stake in Asciano in October, which was in response to a previous Brookfield takeover bid that its board recommended shareholders accept. The consortium said at the time that it did not support the current Brookfield scheme proposal and "did not intend to vote in favour of it," although the bid did require only 75% shareholder approval.

Last week, Brookfield bought 14.9% of Asciano's shares as well as an arrangement which enables it to control a further 4.3%. Its latest takeover bid only requires 50.1% approval and it appears that the deal now hinges on whether Asciano allows Qube to carry out due diligence or pursues a buyout with Brookfield that Australia's Competition and Consumer Commission (ACCC) has indicated that it may block.

Asciano chairman Mr Malcolm Broomhead says that he has no preference as to the buyer but the likelihood of getting the deal done is an important factor.

"The board really is focused on one thing and that is that we maximise returns to our shareholders, which... goes to do-ability as well as value," he said.

The Qube consortium consists of Qube Holdings, which is led by Mr Chris Corrigan, who led Asciano's port division for 16 years, Global Infrastructure Partners, and Canadian Pension Plan Investment Board.

ACCC, which has expressed concern over Brookfield's bid, saying that it could lead to lower competition for rail services in Western Australia, is due to rule on Brookfield's proposal on December 17. However, Qube, and Corrigan, are not expected to give up easily.