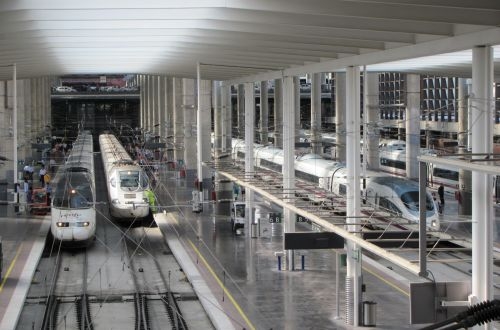 The holding company will remain state-owned, but foreign or private investment could be permitted in the new subsidiaries, namely the freight division, where the Spanish government is reportedly seeking to establish a "strategic alliance" with German Rail (DB).

Renfe Travellers will continue to operate all of Renfe's existing passenger services, including the metre-gauge network formerly operated by Feve. Separate accounts for the loss-making services declared Public Service Obligations (PSOs) and profitable long distance and high-speed business will be established.

A new rolling stock leasing company, Renfe Railway Equipment Rental, will also be set up with an initial fleet comprising seven class 100 and 12 dual-gauge class 120 high-speed trains, along with conventional rolling stock including 22 dmus, 17 of which have been in service since 1984, 10 class 490 emus, which were introduced in 1999, and two Talgo-IV sets which began operations in the early 1980s. It will also have 37 electric locomotives, 12 diesel locomotives and 1173 wagons.

Renfe Travellers and Renfe Goods will be obliged to lease all of Renfe Railway Equipment Rental's trains at market prices, and future open-access operators will also be able to lease any of its stock. Renfe Goods is made up of Renfe's three previous freight subsidiaries, Irion, Contren and Multi.

A fourth branch will be responsible for the maintenance activities. This was previously carried out by the Integria division after Renfe sold its stake in maintenance partnerships with rolling stock manufacturers as part of efforts to reduce its €5bn debt.