The projects include a new high-speed station in Florence. 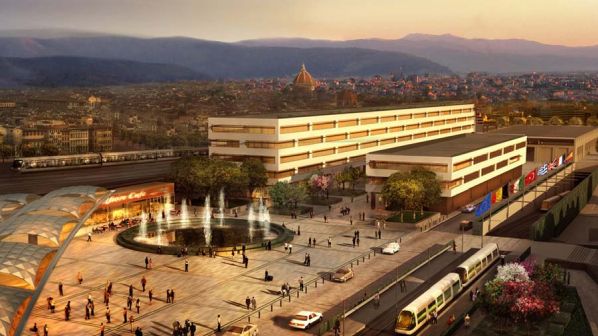 ITALIAN Rail Network (RFI) has updated the list of projects that will be completed under the National Recovery and Resilience Plan (PNRR), with the revised project costs totalling €3.4bn more than previously envisaged, a 29% increase.

The 17 core PNRR projects and six additional PNRR projects now include a €1.2bn project to finally build the new Florence Belfiore underground high-speed station together with a new line beneath the city running from Florence Rifredi to Florence Campo di Marte. The new 8km link, of which 7km will be underground, will avoid Milan - Rome high-speed trains having to reverse at the Florence Santa Maria Novella terminus.

Two of the three lots on the Salerno - Reggio Calabria line have been deferred to 2023 and replaced with the €1.8bn Battipaglia - Romagnano section.

The Italian government has issued a €7.5bn “aid decree” to cover the additional costs, which is spread across the PNRR. All PNRR works must be completed by the end of 2026, according to the European Union. Most projects will be completed in 2023, apart from ongoing high-speed projects that the EU agreed to include in the PNRR list, which are: the Terzo Valico project north from Genoa, Brescia - Verona, Verona - Padua, Naples - Bari and Palermo - Catania.

RFI plans to open two work sites on the Naples - Bari and Adriatica coast lines in July, while preliminary works will start between late 2022 and early 2023 on another section of the Palermo - Catania line, the Venice Airport underground rail link and the Trento ring road, which includes the construction of a 13km freight line as part of the quadrupling of the Fortezza - Verona line.