The railway also plans to invest Roubles 731.6bn this year. 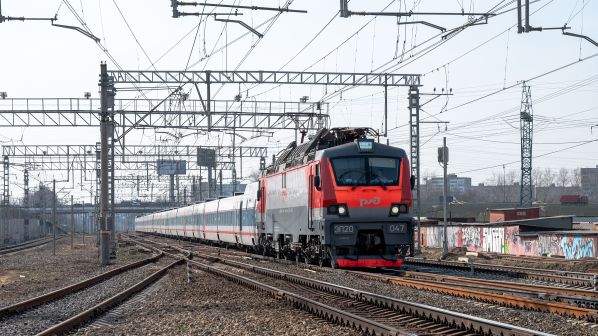 Like most operators, RZD's passenger division was hit by the Covid-19 pandemic.
Photo Credit: Shutterstock/Dmitry Shchukin

RUSSIAN Railways (RZD) is preparing for major growth in the urban rail sector in 2021, which is expected to grow by 12% compared with 2019 levels according to the first deputy prime minister of Russia and chairman of the board of RZD, Mr Andrey Belousov.

Speaking during RZD’s annual board meeting, Belousov said it was important to offer support to urban and inter-city passenger services as demand recovered from the Covid-19 pandemic.

“Organisers of suburban transport - RZD, the regions, and suburban companies - must work in a unified manner,” he says. “Funding for commitments must be met in full and on-time. At the same time, uncontested routes and routes to hard-to-reach settlements should not be reduced. Benefits for citizens who are entitled to them should remain.”

Belousov said completing RZD’s investment plans for the year was a priority. RZD is due to invest more than Roubles 3 trillion ($US 40.3bn) over the next three years, including Roubles 731.6bn in 2021. This includes a focus on the Trans-Siberian railway and the Baikal - Amur Mainline (BAM) with the purchase of new rolling stock and track renewals.

As well as reviewing the way contracts with shippers are concluded to ensure they are more transparent, Belousov says RZD will also look at its social obligations to the 720,000 staff it employs, who account for around 1% of all workers in Russia.

“Taking into account the complexity of the past year and the workloads experienced by our employees, the company needs to ensure the strict fulfilment of its social obligations,” Belousov says. “I want to thank the entire team for the work they did, everyone who worked, without exaggeration, in emergency mode. You managed to ensure our uninterrupted operation and maintained the quality of transportation services.”

RZD posted a positive result in 2020 despite the pandemic, and also placed perpetual bonds that allowed it to implement a Roubles 717bn investment programme.

“RZD is of existential importance for the Russian economy,” Belousov says. “The company’s contribution to Russia’s GDP last year was 5.5%.”

RZD generated Roubles 484bn from international activities in 2020. This was achieved across all three of RZD’s international sectors including transit, international logistics and foreign projects, the first deputy general director of RZD, Mr Sergey Pavlov, told the board meeting.

“The volume of export services in general for railway transport in 2020 is estimated at $US 1.3bn,” he says. “We predict it will reach $US 1.5bn in the next four years, which corresponds to the target annual growth rate in the strategy of export of services.”

“In accordance with the decision of the government of the Russian Federation on subsidising transit traffic, systematic work with foreign clients was organised to attract new cargo flows to the Trans-Siberian,” Pavlov says. “Emphasis was placed on developing new markets, including countries of the Asia-Pacific region, including Central and South Asia.”

“In the future, we are going to operate locomotives using rechargeable batteries, multi-unit rolling stock with hydrogen fuel cells, and locomotives with gas-piston and gas-diesel engines,” Kobzev says. “This will help reduce the burden on the environment.”

By the end of 2025, RZD plans to replace 55 rail buses, 1156 electric train cars, and more than 2800 passenger coaches, with an estimated 2522 locomotives required over this period.