RZD reports fall in profits in 2013 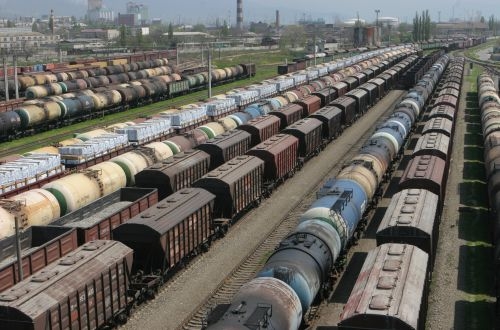 RZD cites "unfavourable economic conditions" and a greater proportion of lower yielding freight in its railfreight turnover for the decline in profits. An increase in interest expenses, which totalled Roubles 14.6bn following debt growth from Roubles 491.9bn in 2012 to Roubles 695.6bn in 2013, was also cited, although the impact of this was offset slightly by lower interest rates.

Operating costs increased by 17.8% to Roubles 1.169 trillion from Roubles 1.43 trillion in 2012, following the acquisition of logistics company Gefco as well as higher depreciation and amortisation expenses, increase in tax payments due to a reduction of certain tax privileges relating to infrastructure, and higher staff costs.

However, the acquisition of Gefco is cited as a primary reason for the revenue increase. Gefco's revenues totalled Roubles 168.9bn in 2013, which increased RZD's overall logistics revenues to Roubles 179.2bn from Roubles 8bn in 2012. Revenue from passenger services increased by 7.1% following a rise in patronage and tariffs, while total freight revenues increased by 1% compared with 2012.