RZD revenue and profits grow in 2016 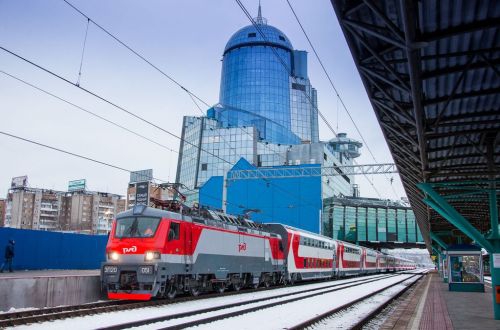 RZD says that in addition to improved revenues, a reduction in operating expenses following efficiency improvements contributed to the result, which takes into account the performance of RZD’s 192 subsidiary companies.

Revenues from freight transport increased by 5.2% to Roubles 1.324 trillion during the year. RZD cites indexation of rail freight tariffs by 9% and a 1.6% rise in freight traffic for the result. However, it says that a change in structure to favour low-margin freight and the availability of discounts on certain routes had a detrimental impact on overall revenues.

Passenger revenues also increased during the year to Roubles 352 billion, a 14.4% improvement compared with 2015. Logistics services also reported a 14.4% increase in revenues to Roubles 352bn on the back of improved performance at RZD’s Gefco logistics subsidiary and the weakened rouble.

RZD’s operating expenses increased by 3.7% to Roubles 1.953 trillion during the year following increases in electricity costs, wages and social charges, and increases in the costs of purchasing forwarding and logistics services, reflected in the holding company’s revenue growth in this area.

RZD’s improved financial efficiency enabled the company to allocate an extra Roubles 15bn for infrastructure overhaul and maintenance work during the year. In total RZD invested Roubles 450bn in capital projects during the year, up from Roubles 406bn in 2015, with major projects targeting upgrades to its locomotive fleet, and increasing infrastructure capacity and safety.