The investment includes the purchase of three extra EMUs. 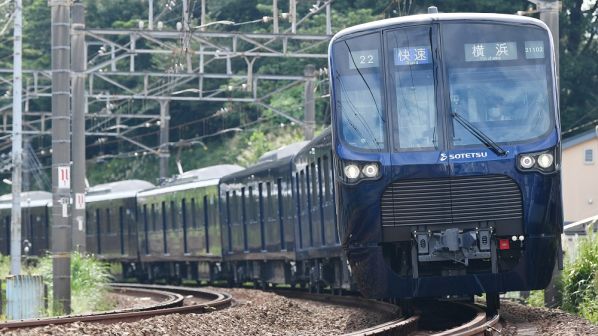 THE Sotetsu Group has announced it will invest Yen 17bn ($US 133m) in its transport businesses in the 2022 financial year, including Yen 16.4bn in the Sagami Railway in Japan’s Kanagawa prefecture just south of Tokyo.

As part of a project to install platform screen doors at all stations across the Sagami Railway network, Sotetsu Group will also fund the installation of the screen doors at the Seya, Mitsukyo, Minamimankigahara, Ryokuen City, Yayoidai, Izumino, and Izumichuo stations over the financial year. The system has already been installed at 11 stations.

Around 2.1km of line including Tsurugamine station will be moved underground to eliminate level crossings, with work due to begin in the second half of 2022. The railway will also continue renewing its existing fleet and buildings.

The remaining Yen 600m will be used to purchase 18 buses for the Sotetsu Bus subsidiary.

For detailed data on fleet orders in Japan and around the world, subscribe to IRJ Pro.