THE managing director of Siemens Rail, Britain, Mr Steve Scrimshaw, says he is confident that Siemens and its consortium partner will achieve closure by late December of a deal to supply a fleet of 1200 emu cars and build two depots for the cross-London Thameslink network. 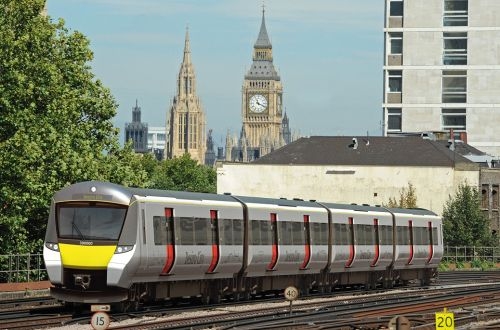 Siemens, which is in a consortium with Cross London Trains itself a consortium of finance partners Siemens Project Ventures, Innisfree and 3i Infrastructure, was named preferred bidder in June 2011.

"Although we are disappointed that the negotiations have taken longer than anticipated, we are making good progress and we remain confident that we will achieve closure of this important deal," says Scrimshaw. "Depending on progress over the next month or so, we hope to achieve commercial close by Christmas with financial closure in the New Year."

Despite the lack of an agreement, Siemens has invested more than €50m in the project at its own risk. "We are already well advanced with our plans for the start of vehicle testing at our dedicated test track later this year," says Scrimshaw.

It was originally planned for the first Desiro City to enter service in 2015 and for delivery to be completed in 2018. Siemens would not say whether the delay in concluding the deal will affect the delivery schedule due to a confidentiality agreement with the Department for Transport.