SNCF upbeat after "better than expected" first half

FRENCH National Railways (SNCF) unveiled its financial results for the first half of 2012 on July 26, with group revenues rising 3.1% year-on-year to €16.8bn, despite further retrenchment in its freight activities. 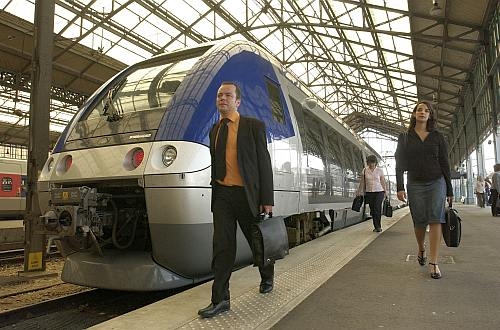 Overall passenger traffic rose 0.6% compared with the first half of 2011. Long distance division SNCF Voyages saw revenues climb 4.2% year-on year, although passenger numbers fell 1.1% on domestic TGV services, primarily due to the economic slowdown, poor weather, and additional public holidays which reduced demand for business travel. However, this was offset by a 3.7% increase in international traffic, which was boosted by new services to Germany and Switzerland via TGV Rhin-Rhône, the launch of new TGV services to Italy, and strong performance by Eurostar.

"We are pursuing cost control and investment initiatives while deploying an increasingly active sales and marketing policy to promote our services in France and abroad," says SNCF president Mr Guillaume Pepy. "As a result, and despite a very uncertain outlook, we expect to meet and perhaps even exceed our full year economic targets for 2012."

In a press statement, Pepy also confirms that SNCF is working with French Rail Network (RFF) to merge the infrastructure functions of the two organisations into a single unit. "We are firmly committed to the creation of a unified public structure – a powerful tool, and the only way to ensure the system delivers both better operational efficiency and stronger economic performance," he says.