Transport ministry to receive €21.3bn in total next year. 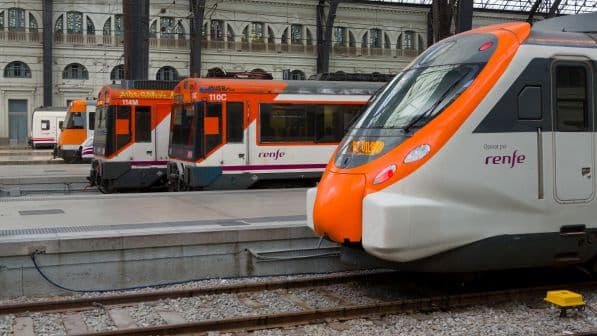 SPAIN’s national budget for 2023 has allocated a total of €21.3bn to the Ministry of Transport, Mobility and the Urban Agenda (Mitma), including a new tranche of €660m to finance free season tickets for travel on suburban and conventional medium-distance services throughout next year.

This measure was due to end on December 31, but according to transport minister, Ms Raquel Sánchez, over 1.5 million free season tickets have now been issued for travel on Spanish National Railways (Renfe) services.

A total of €3bn is being provided to make public transport accessible to all, including the €660m to finance free season tickets and the 50% discount for Avant high-speed services.

According to Mitma, this will enable a family of four to save between €1800 and €3000 a year, and Sánchez says that the measure “expresses our absolute confidence in public transport.”

“When this government backs public transport, and does it in a manner that has never been done before, people take the train because they have confidence in the quality of public transport services," Sánchez says.

Five routes on the conventional network where the local service frequency lies between those applying on Renfe suburban and medium-distance routes will be covered by PSO contracts under a pilot programme running for three years.

Government support will enable a higher service frequency and/or cheaper fares to be offered from the first quarter of 2023, Mitma says. Continued support will depend on satisfactory ridership.

Funding for the new PSO contracts is to be provided under a package worth €15.2m.

Mitma is planning to invest a total of €7.99bn in railway infrastructure in 2023, which according to Sánchez will see the first section of the high-speed line to Asturias enter service in the first half of next year, and the completion of electrification between Plasencia and Badajoz on the high-speed line from Madrid to the Portuguese border.

Other ongoing projects to be funded next year include the new alignment avoiding Almodóvar del Río, high-speed works between Antequera and Granada, the new line to Santander and electrification between Teruel and Zaragoza.

A total of €3.47bn is to be provided for the conventional network, including suburban operations, for upgrades, electrification and station refurbishment.

Investment in suburban networks has been increased to €2.2bn, up 20% on the 2022 budget. This aims to improve service reliability, punctuality and capacity, and will include track upgrades and station improvements.

“We are not only working on free tickets, but also to invest so that every time more and more people choose this sustainable, accessible and efficient means of transport,” Sánchez says.