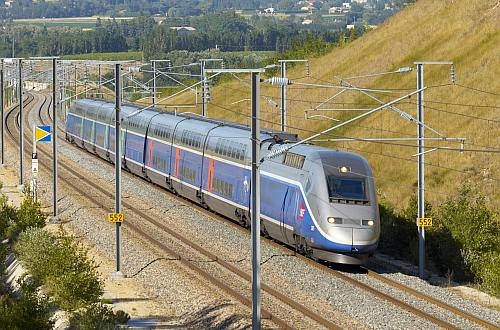 While first-half turnover increased by 0.8% to €16bn, operating profit fell by 54.8% to €517m and Ebitda dropped by 17.5% to €1.07bn. SNCF says nearly two-thirds of the decline in Ebitda was due to the 13-day strike which resulted in lost revenue of €208m, while continuing increases in track access charges, particularly for the operation of TGV services, accounted for the rest of the fall in Ebitda.

"Faced with the persistently sluggish economy in France, SNCF has demonstrated its ability to meet the challenge, preserving our margins through an unrelenting drive to cut costs," says SNCF's president Mr Guillaume Pepy. "However the strike in June has forced us to launch an additional cost-cutting programme aimed at erasing two-thirds of that strike's impact on our accounts. At the same time, our investments are up at €1.1bn and our net debt is down from levels reported at June 30 2013."

First-half net debt declined from €8bn to €7.88bn, while capital investment increased by 9% to €1.1bn. However, SNCF was only able to fund 71% of investment from its own resources due to the fall in Ebitda.

SNCF says activities unaffected by the strike did well, in particular those outside France. International business revenue grew by 5.6% during the first half, with its passenger subsidiary Keolis recording a 6.8% increase in revenue of which 14% was abroad.