STRUKTON Rail, Netherlands, has acquired Balfour Beatty's Scandinavian rail subsidiary, including all of its current operations in Sweden and Denmark. 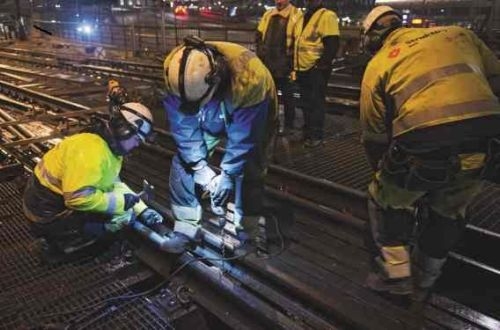 Balfour Beatty Rail Scandinavia's existing operations, which include installation of ETCS infrastructure on the East and West main lines in Denmark, will now fall under the name of Strukton Rail. Financial close of the acquisition will take place at the beginning of 2014, although no permission is required from Danish competition authorities because of the limited size of the transaction in Denmark.

Strukton says that with the acquisition of Balfour Beatty Scandinavia it strengthens its presence in Sweden and Denmark, markets in which it has been active for the past 10 years through various maintenance, renewal and railway construction activities.

"We share knowledge and expertise but we also complement each other within some technique areas," says Mr Robert Röder, Strukton Rail's Scandinavian managing director. "Under a common flag we will be able to offer our customers a strong and broad range of services and products with the aim to become one of the foremost suppliers in the rail sector in Sweden and Denmark."