THALES has announced the acquisition of Cubris, Denmark, a developer of Driver Advisory Systems (DAS) for main line applications. 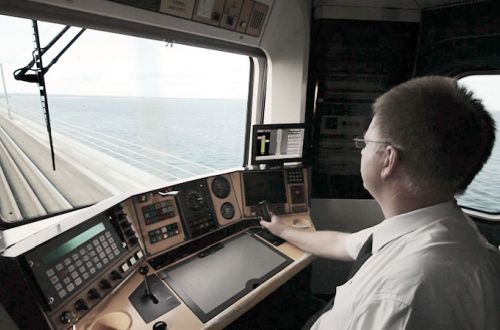 Cubris’ Greenspeed DAS system enables real-time and secure exchange of information between the railway system and the train driver in order to optimise driving and reduce CO₂ emissions.

The system is already in use with Danish State Railways (DSB) and Lokaltog in Denmark, South Western Railway in Britain, and Transdev in Sweden. It is also being rolled out by Transdev in Germany and Finnish Railway (VR) and Thales says this is a key technology for the future development of autonomous trains.

“Combined with our established expertise in other key digital assets, Cubris’ talents and technologies represent a tremendous accelerator of our digital strategy for the benefit of our rail customers,” says Mr Millar Crawford, executive vice-president for ground transportation systems at Thales.

Thales says the acquisition will strengthen its offer and position in the Rail Traffic Management segment. It has invested almost €7bn in digital technologies since 2014, with these technologies playing an increasingly important role in its various markets the company serves.

Cubris is headquartered in Copenhagen and employs 15 people.