The rolling stock supplier has been seeking new investment since early 2022. 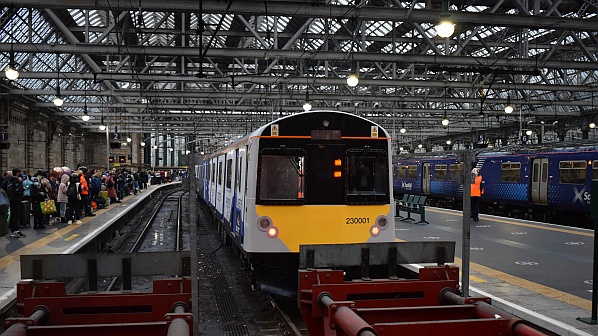 Vivarail says it has relied on the financial support of a sole investment partner since its inception in 2013. However, the company agreed to continue to operate without reliance on further funding earlier this year and it has so far failed to secure a sale or further investment despite “working hard to attract new investors.” Vivarail says it has no choice but to file the notice of intention.

“Although we have been encouraged by the level of interest, time is now against us to allow potential investors to step in,” says Mr Steve McBride, Vivarail managing director. “Combined with slow market conditions and delays in reaching certain key commercial arrangements we have had no choice but to file a notice of intention to appoint administrators with the courts.”

Vivrail adds that as this “undoubtedly represents a degree of uncertainty for everyone connected to Vivarail, including our 70 employees,” the management board and directors will leave no stone unturned in finding a solution.

“We will now be consulting with our customers and other stakeholders to try and drive the business forward, but we must be realistic in that if we are unable to deliver a rescue package, administration will unfortunately be inevitable.”

Founded in 2013 by former Chiltern Railway managing director, Mr Adrian Shooter, Vivarail has worked to develop and test battery traction technology. This has included converting former D-stock London Underground trains into battery-powered units. The company has secured contracts to supply trains to London Northwestern, West Midlands Trains, South Western Railway for use on the Isle of Wight, and Transport for Wales (TfW). It also trialled the D-stock trains in the United States in partnership with Railroad Development Corporation.

Vivarail has also developed a Fast Charge system which is able to recharge train batteries in only 10 minutes.