VOSSLOH has completed its financial restructuring by concluding a new €150m five-year syndicated loan in the form of a revolving credit. The loan has two options to extend the final maturity by one year each and can be increased if necessary by up €150m. 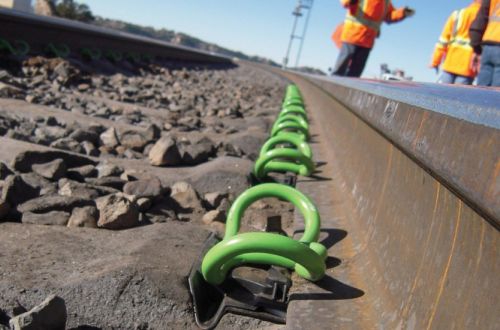 With this transaction, together with the issue of a €250m promissory note in July, Vossloh has replaced the syndicated loan running until April 2018 that it concluded in 2015. The new loan was made available by a consortium of eight banks within the framework of a club deal.

“When putting together the new financing agreement, it was important to us that we not only significantly improved the conditions of the agreement, but also that we ensured maximum flexibility for our targeted growth,” says Mr Oliver Schuster, Vossloh’s chief financial officer. “We have achieved these goals in every respect and I would like to thank our credit partners for their trust in our performance and strategic direction.”

Faced with mounting debts and deteriorating financial performance Vossloh announced a restructuring of the company in December 2014 to focus on its core business of track components and systems. It has since sold its rail vehicle plant in Spain to Stadler and its Kiepe vehicle electrical systems subsidiary to Knorr-Bremse, and built a new locomotive factory in Kiel.