Wabtec and GE expect close of merger by end of February

WABTEC and General Electric (GE) announced on January 25 that they have modified the terms of the merger agreement between Wabtec and GE Transportation, which is now expected to be completed by the end of February. 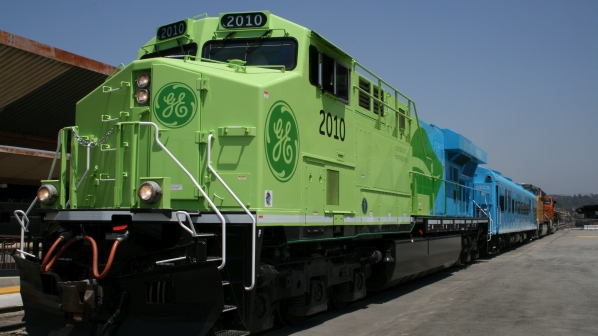 Under the terms of the modified arrangements, which have been approved by Wabtec’s Board and by the Finance and Capital Allocation Committee of the GE Board, GE will complete the spinoff of a portion of GE Transportation to GE shareholders and immediately merge GE Transportation into a wholly owned subsidiary of Wabtec.

The United States Department of Justice (DOJ) closed its review of the pending merger between Wabtec and GE Transportation on January 14.

GE will also receive approximately $US 2.9bn in cash at closing. In aggregate, Wabtec will issue 3.3 million fewer shares than originally contemplated. Under this modified structure, the spin-off will be considered a taxable dividend for United States federal income tax purposes.

GE will sell down its interest in Wabtec subject to certain staggered lock-up provisions and size constraints designed to facilitate an orderly disposition of its shares. The GE interest is valued at $US 3.4bn based on Wabtec’s current market stock price of $US 71.03.

“Today’s announcement is a significant milestone in GE’s portfolio transformation,” says GE chairman and CEO, Mr H Lawrence Culp. “With the increase in GE’s stake in Wabtec, and increased proceeds as we sell down this stake, this transaction will further strengthen our balance sheet and support our de-leveraging plan. The combined business will be better positioned with an improved business mix and enhanced opportunities for faster innovation in key growth areas.”

“We believe the modified terms enhance the benefits of the merger to our shareholders and we are working to complete it quickly,” says Wabtec president and CEO, Mr Raymond Betler. “We also believe this combination will drive increased value to our customers, employees, and shareholders.”

The boards of GE and Wabtec approved the $US 11.1bn merger on May 21 last year. The merger will make Wabtec a Fortune 500 company and a major player in the railway equipment and services market with operations in more than 50 countries.