Alstom-CAF confirmed as supplier of Paris RER Line B fleet

The announcement ends weeks of uncertainty over the contract, which was originally awarded to a consortium of Bombardier and CAF prior to Alstom’s takeover of Bombardier. 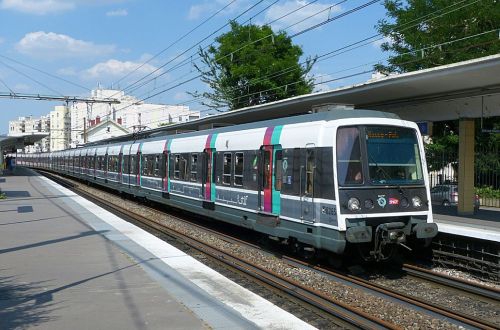 PARIS Transport Authority (RATP) and SNCF Passenger have confirmed a consortium of Alstom and CAF as the winner of a €2.56bn contract to supply 146 double-deck M120 EMUs for Paris RER Line B following the initial announcement of the contract award on January 14.

The contract was awarded to a consortium of Bombardier and CAF, with Alstom as the sole other bidder missing out. However, with Alstom’s takeover of Bombardier concluding on January 29, the French supplier said on February 5 that it wanted to renegotiate the contract award. This followed repeated court appeals from Alstom, which effectively postponed the signing of the contract. RATP and SNCF subsequently threatened Alstom with legal action.

In an April 14 press release, RATP and SNCF say that the discussions which have taken place over the last few weeks have enabled the new Alstom-Bombardier group to take note of the terms of the contract while addressing their concerns. A meeting of the RATP-SNCF and Alstom-Bombardier-CAF consortia on April 13 confirmed the suppliers’ commitment to the contract and to initiate the next steps of implementation.

The procurement is funded by Île-de-France Mobility with the new trains set to replace the M179 and M184 EMUs used on the suburban line. Delivery is set to commence by the end of 2025. CAF has a 40% share of the contract.

The contract also includes an option for up to 34 additional trains. The trains will carry 25-30% more passengers than the existing single-deck trains and will be operated jointly by SNCF and RATP. RER Line B transports around 900,000 passengers a day.