Alstom to supply up to 50 Traxx locomotives to SNCB

Initial order is for 24 multi-system units which will operate in four countries. 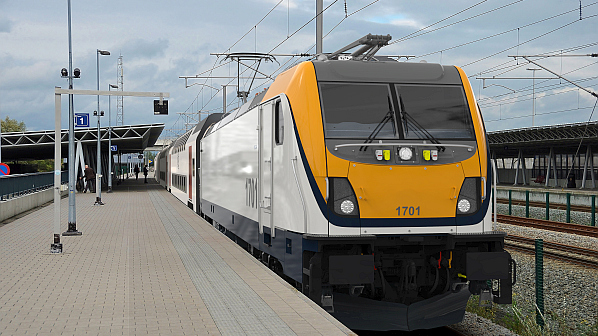 The first firm order worth €120m is for 24 200km/h multi-system locomotives. This covers the design, manufacture and certification of the units, with deliveries expected to commence in 2026.

The new locomotives will haul both domestic and cross-border trains, and will operate into the Netherlands, Luxembourg and Germany, including on a number of high-speed lines.

Alstom says the locomotives will also be equipped with ETCS level 2 as well as TBL1+ signalling for Belgium, ATB for the Netherlands and LZB/PZB for Germany.

Alstom says the third-generation of Traxx features higher energy efficiency while maintenance intervals have been extended by 33% to improve availability and reduce maintenance burden.

For data on European locomotive orders, subscribe to IRJ Pro.