ALSTOM has delivered the first of 31 Coradia Lint DMUs to Bavarian Oberland Railway (BOB) ahead of the start of testing on the Oberland network. 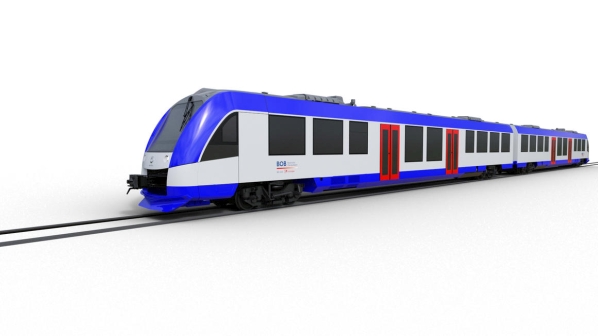 The fleet is due to replace the legacy Talent DMUs in mid-June, before replacing the Integral vehicles by the end of July. Six additional vehicles will be introduced from the December timetable change.

BOB ordered the first 25 vehicles in December 2018, before exercising an option in May 2019 for six additional trains. The DMUs were purchased by Bavarian Railway Company (BEG), which plans, finances and controls regional and S-Bahn traffic in Bavaria.

The 31 identical vehicles can be coupled together as required, increasing the fleet’s flexibility, improving capacity and allowing additional connections.

“This is a real win for the passengers,” says Bavarian minister of transport, Mrs Kerstin Schreyer. “It is crucial that the risk of train cancellations is reduced and that we can use these vehicles to completely bridge the time until the lines are electrified.”

The new fleet will allow an extension of the half-hourly service at peak times to earlier in the morning and later in the evening from the December timetable change. Extra services will also be added at weekends and a new half-hourly service on the lines to Tegernsee and Lenggries introduced throughout the day.

“The Lint vehicles have been tried and tested over many years, are not very susceptible to faults and are very reliable,” says BOB managing director, Mr Fabian Amini. “Compared to the existing fleet, the new vehicles are significantly quieter, they emit fewer pollutants and they offer more driving comfort. Our drivers are enthusiastic about the trains. Our passengers can look forward to powerful air conditioning systems, a modern passenger information system and free Wi-Fi, among other things.”

The new fleet will be used until the electrification of the Oberland network, which is expected in the early 2030s.