THE Bulgarian government has outlined plans to modernise the Bulgarian State Railways (BDZ) locomotive and rolling stock fleet to help prepare the incumbent operator for liberalisation of the passenger rail market. 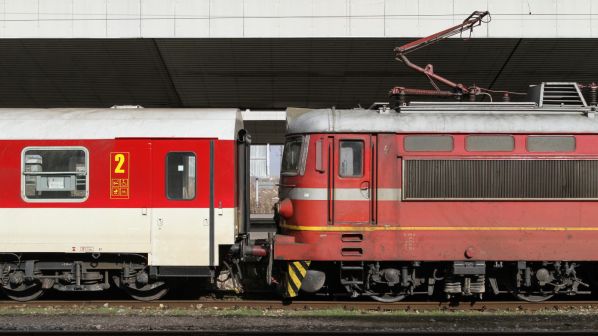 “We have to think about the service, its attractiveness to society, its sustainability, long-term performance and the fulfilment of BDZ’s benchmarks in order to be the provider of this basic service contract with the state and after 2024 when the market will be liberalised,” minister of transport, information technology and communications Mr Rossen Jeliazkov said at a forum on the modernisation of Bulgaria’s railways, which was held in Sofia this week.

BDZ is expected to launch tenders by the end of this year for a contract to supply around 15 regional trains and 30-50 locomotive-hauled coaches for delivery from mid-2023 onwards.

The minister says this €100m investment will not be allowed to worsen BDZ’s financial status.

Alongside the acquisition of new equipment, existing locomotives, multiple units and coaches will be modernised. Jeliazkov says talks are underway with Škoda Transportation on the modernisation of locomotives, which will increase their maximum speed to 160km/h and extend their operation lifespan by up to 20 years.

Negotiations are also underway with German Rail (DB) regarding the acquisition of around 100 passenger vehicles. This is considered a more cost-effective option than modernising some existing BDZ vehicles and delivery could be completed within a year if an agreement is reached on their purchase.