PORTO Metro’s board of directors has approved a €49.6m contract with CRRC Tangshan for the supply of 18 LRVs. The four-section vehicles will have capacity for 252 passengers, including 64 seated, with a maximum speed of 80km/h. 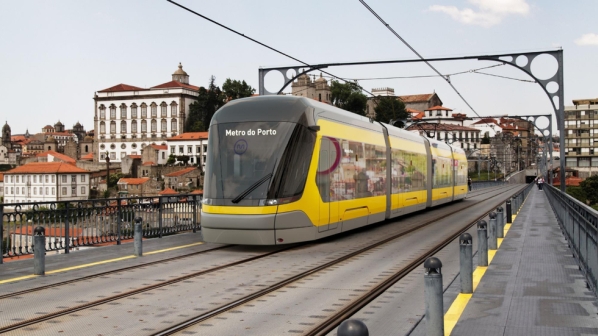 The investment, which is being fully funded by Portugal’s Ministry of Environment and Climate Action’ environment fund, will expand Porto Metro’s fleet to 120 vehicles, including the existing fleet of 72 Bombardier Eurotrams and 30 Bombardier tram-trains.

CRRC beat Siemens and Skoda for the tender, which was launched on December 21 2018 with a budget of €56.1m. The bids were evaluated on price, technical value and design criteria. The new LRVs will be shipped to Portugal between 2021 and 2023 at the rate of one per month.

The new fleet will support the construction of the new Rosa Line between São Bento and Casa da Música, along with an extension of the Yellow Line south from Santo Ovídio and Vila d'Este, in Vila Nova de Gaia. Work on the new lines is expected to begin soon, with completion scheduled in 2023, adding 6km and seven new stations at a cost of around €300m.

Porto Metro currently operates six lines covering 67km with 82 stations in seven municipalities. The network was used by more than 62 million passengers in 2018, with a growth rate of around 13% so far in 2019.