THE European Investment Bank (EIB) will provide €68m to Volturno Autonomous Body (EAV) to support the purchase of 40 new EMUs to operate on the 950mm-gauge Circumvesuviana network around Naples. 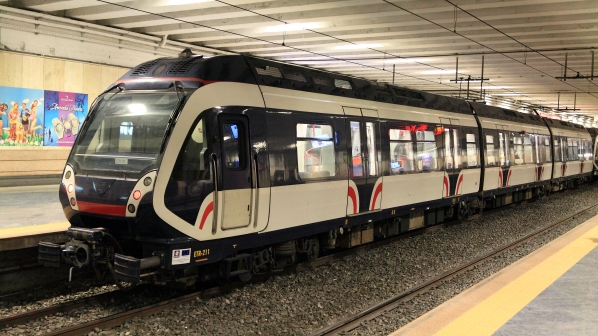 The order is worth more than €220m, with the new trains due to replace the ageing fleet operating on six lines. EAV was previously involved in the production of hydro-electricity but has since become active in the public transport sector in the Campania region.

The region has one of the highest population densities in Europe, with about 2.5 million inhabitants in 47 municipalities, and is struggling with heavy pollution and traffic. The Naples - Sorrento line is the most congested in the area, as it carries large volumes of passengers travelling to places such as Pompeii.

The support for modernisation of the Circumvesuviana fleet follows a period during which EAV restructured itself and worked to improve its financial situation, including bringing its debt under control by paying off €700m. The company recorded a profit of €90m between 2016 and 2018, after recording a loss of €330m between 2012 and 2015, and increased its capital from €10m to €152m.

“Today EAV is a healthy company that invests and hires,” says EAV president, Mr Umberto di Gregorio. “The funding obtained from the EIB is proof of this work.”