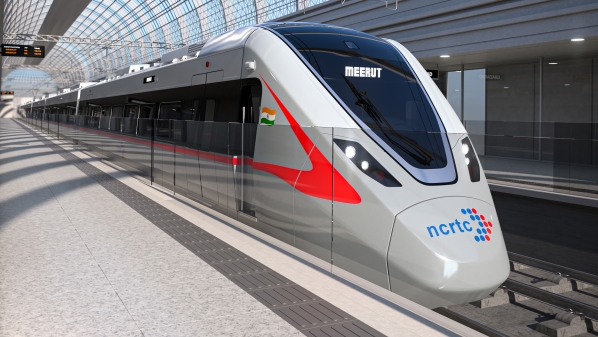 Bombardier was awarded a contract by NCRTC in May to design, build and deliver 30 six-car regional commuter trains and 10 three-car intra-city trains and provide 15 years of maintenance for the corridor under RRTS Phase 1.

The fleet is equipped for automatic train operation (ATO), as well as regenerative braking with a braking rate of 1m/s2.

The coaches also feature bi-parting plug-in sliding doors, air-conditioning, CCTV cameras, spaces for wheelchairs and a passenger information system. To reduce the air-conditioning system’s energy consumption, the car doors will be equipped with buttons that only allow the doors to open when requested.

The trains will include a business class section, which will feature reclining cushioned seat with head, feet and arm rests, a vending machine and power sockets, and a coach specifically for women in the six-car confirmation.

The fleet is also equipped with Bombardier’s Train Control Monitoring System (TCMS) technology, as well as its predictive and condition-based monitoring features, to enhance efficiency by providing ground-to-train diagnostics.

The 82km Delhi - Ghaziabad - Meerut line, which will have 24 stations, will be one of the fastest in India, reducing Meerut - Delhi travel times to less than 60 minutes. Ridership is forecast at 800,000 passengers a day. The three-car trains will operate along the 21km Meerut South - Modipuram Depot Station section, which will have 13 stations.

The 17km priority section of the corridor is expected to be commissioned by 2023, with the entire 82km corridor due to open by 2025.