TOKYO Metro presented the first of its new series 17000 trains on August 11. The first 10-car train will enter service on the Yurakucho and Fukutoshin lines in February 2021. 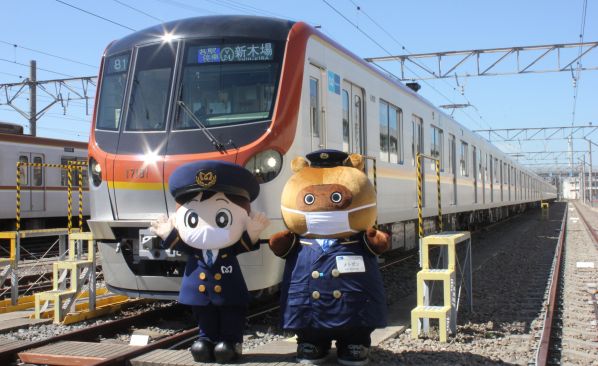 Tokyo Metro presented the first of its new series 17000 trains on August 11.

Tokyo Metro plans to have the rest of the fleet, comprising six 10-car trains and 15 eight-car trains, in service by 2022.

The new trains will replace series 7000 trains that have been in service for about 45 years and offer a much higher level of comfort to passengers.

The interior of the car has a stylish design that matches the colour scheme used on the two lines. Transparent tempered glass is used for partitions next to the seats and luggage racks are fitted to give the interior a feeling of openness.

To improve passenger comfort, cooling capacity has been increased from 48.9kW to 58.0kW and seat width expanded by 30mm to 460mm. Space for passengers in wheelchairs or with pushchairs is provided at the end of the cars. The trains have CCTV and multilingual passenger information displays in Japanese, English, Chinese and Korean.

The trains are fitted with the Tima vehicle information monitoring and analysis system, which was first deployed on Marunouchi Line series 2000 trains. Tima displays the vehicle equipment status onboard the train and in the control centre and enables remote monitoring by the maintenance department.

The new trains have permanent magnet synchronous traction motors and a control device that uses silicon carbide (SiC) elements to reduce power consumption. A derailment detection device is installed which automatically stops the train even if it derails.