FlixTrain reportedly in discussions to purchase 65 trains from TMH

The locomotive-hauled coaches for FlixTrain would be designed to operate at 230km/h. 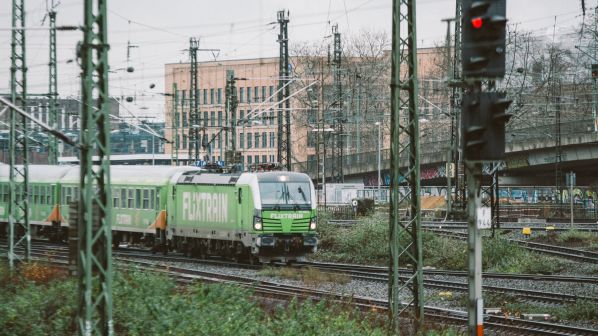 FlixTrain is currently operating four routes in Germany and one in Sweden.
Photo Credit: Shutterstock/Ying Tang

FLIXMOBILITY, the parent company of FlixTrain, is reportedly in advanced talks with Russian manufacturer Transmashholding (TMH) to purchase 65 230km/h sets of coaches and is now courting financiers for the €1bn deal.

The plans are included in a 57-page investor prospectus published internally in December 2021 and seen by German weekly business magazine Wirtschaftswoche, which was first to report on the planned deal. The magazine says FlixMobilty is planning to purchase “28 longer and 37 shorter trains” capable of operating at 230km/h. The trains will comprise locomotive-hauled coaches, with spaces for bicycles. Wirtschaftswoche reports that the trains would cost up to €19m each.

The financial investor would purchase the coaches from TMH subsidiary TMH International, which is based in Zug, Switzerland, before leasing them to Flixtrain as well as providing the train crew and locomotives. TMH would also be responsible for maintaining the trains.

The prospective also outlines FlixTrain’s plans to expand across Europe, starting in Germany followed by the Benelux market, and Denmark. The company will then seek to expand in Eastern Europe including Poland, the Czech Republic and Hungary before entering the Italian market.

FlixMobility and TMH International told IRJ they would not comment on the reports.

FlixMobility announced at the end of last month it is changing its legal structure from a GmbH to an SE (European company). The co-founders of Flixmobility CEO, Mr André Schwämmlein, and CIO, Mr Daniel Krauss will form the company’s future executive board together with Mr Christoph Debus, who will be the company's new CFO from March 2022.

Schwämmlein will lead the FlixBus and FlixTrain business units and the commercial functions as well as communication, government relations and sustainability. Krauss will be responsible for the areas of Technology and People Management.

Debus, who will be responsible for all financial and legal functions of the company, was previously CEO of Thomas Cook Group Airlines and most recently CFO at Condor. He succeeds Mr Christian Rummel, who has left FlixMobility.