Hitachi metro trains will enter traffic on the Namboku line in Sendai, Japan, from 2024. 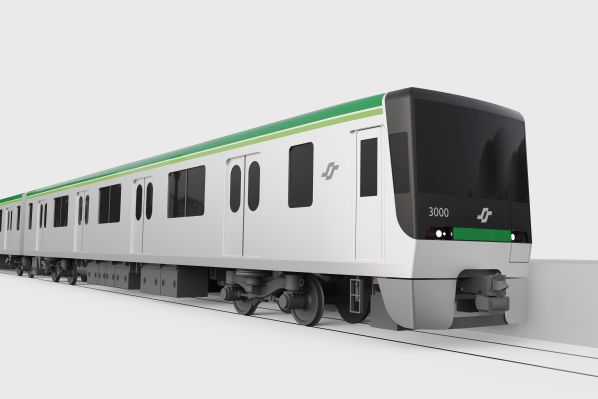 HITACHI metro trains will enter traffic on the Namboku line in Sendai, Japan, from 2024.

22 four-car trains will be delivered from 2024 until 2030, replacing the existing 1000 series trains that were introduced from 1987 when the section between Yaotome (Izumi Ward) and Tomizawa (Taihaku Ward) opened.

The new series 3000 vehicle design was chosen by citizens and passengers from three proposals, with the winning design being chosen by 48.2% of the 12,980 who voted. “I wish you all to love this sharper and evolved new vehicle,” says mayor, Ms Kazuko Kōri of the design.

The trains retain the style of the 1000N series trains currently used on the 14.8km line. These date from 1985-2007 and were built by Kawasaki Heavy Industries.

This is the first order Hitachi has won for Sendai City.