The sleeping-car EMU contract is likely to be awarded early next year. 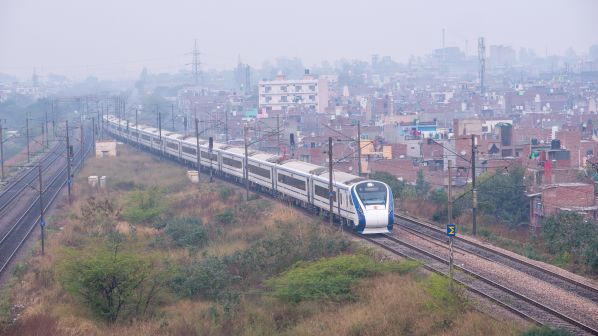 INDIAN Railways (IR) has shortlisted five bidders for a Rs 620bn ($US 8.1bn) contract to build and maintain 200 sleeping-car variants of the 160km/h Vande Bharat EMUs. The bidders for the contract, which includes maintenance for 35 years, are: Alstom; Metrowagonmash, Russia; and three consortia: Siemens and BEML, India; Stadler and Medha, India; and BHEL and Titagarh Wagons, India.

Manufacturing cost for each of the 16-car trains is estimated at Rs 60bn, while the tender says that IR will pay annual maintenance charges of Rs 360bn for the fleet over the next 35 years.

While IR has placed orders for supply of propulsion systems for manufacture of 102 Chair Car Vande Bharat variants in two separate contracts for 44 and 58 trains respectively, the sleeping-car trains will be manufactured by the private companies at two state-owned facilities: the Integral Coach Factory (ICF) in Chennai and the Marathwada Rail Coach Factory (MRCF) at Latur.

The tender, which entrusts private companies with complete responsibility to build, supply and maintain the trains, has stoked fears that IR is trying to exit from rolling stock manufacturing. “The government’s role in manufacturing must be reduced, but complete privatisation would also be undesirable,” says former ICF general manager, Mr Sudhanshu Mani.

Following finance minister Nirmala Sitharaman’s announcement for the manufacture of 400 Vande Bharat trains by 2025, IR is processing two tenders, each for 100 additional trains.

In her upcoming budget speech in January 2023, Sitharaman is expected to announce plans to escalate Vande Bharat production amid plans to build around 100 trains equipped with tilting technology to allow them to negotiate sharp curves at a higher speed. IR has already begun the search for a global partner to bring tilting technology to India.

With IR not having kept pace with matching infrastructure improvements, including track and signalling upgrades, none of the five Vande Bharat trains introduced so far have been able to achieve their full speed potential.

“This situation needs to be corrected speedily,” Mani says. “But unfortunately, this is still not happening.” In 2017, IR launched a track and signalling upgrade plan on the Delhi - Mumbai and Delhi - Howrah (Kolkata) main lines, but the work has still not been completed.

For more information on the Asian rolling stock market, subscribe to IRJ Pro.